Welcome to another new normal: If you don't like something your government is doing, or if your government is not doing something you think it should be doing - riot. Don't wait for one of those pesky elections. Take over the town square, or the state house and demand that the government do what you want.
We have union thugs in Wisconsin - along with their allies, the Democrats in the State Senate - rioting in the statehouse in Madison over Gov. Scott Walker's proposal to, according to ABC News: "strip government workers of virtually all collective bargaining rights. The bill would also require public workers to pay half the costs of their pensions and at least 12.6 percent of their health care coverage."

New Jersey's Governor Chris Christie is getting a lot of ink, but Gov. Scott Walker should get equal kudos for putting the issues on the line. Democrats in Madison Wisconsen are, much like their colleagues here in Your Nation's Capital: Hiding their heads in the sand; unable and/or unwilling to make tough choices. Democrat members of the Wisconsen State Senate have fled the state - much as Democrats in Texas did in 2003.
On the broader question of what is a legitimate form of protest, Barack Obama his hand-maiden Hillary Clinton may have opened a Pandora's Box in their zeal to support the rioters in Cairo and their refusal to make a judgment call on the rioting in Bahrain.
Any group which disagrees with the position of a legally elected city council, county commission, state legislature or … dare we say it … Congress of the United States has been given the active permission of Barack Obama to riot in support of its views.
Once a Community Organizer...…  Read More Here
Rich Galen has been described as "what you get when you cross a political hack with a philosopher." Rich Galen's career includes work in and out of politics, Rich Galen did a tour of duty in Iraq where he went at the request of the White House. Mr. Galen is a frequent guest on television shows on FOX, CNN, the "Today" show, on "Good Morning America," and ABC "World News Tonight"....Read More  -  Read More By Rich Galen
Explore More at NJECPAC  ~  Follow NJECPAC on Twitter
Posted by NJECPAC at 10:46 AM No comments:

PUBLIC COMMENTS ON NLRB RULE DUE BY FEBRUARY 22nd

PUBLIC COMMENTS ON PROPOSED NLRB RULE DUE BY FEB. 22Proposed Rule Would Require ALL Employers to Post Notices
Encouraging Employees to Organize
All National, State, and Local Electrical Trade Associations, ALL Small Business's and the public have until Tuesday, February 22 to submit comments on the National Labor Relations Board (NLRB) proposed rule requiring employers to post notices informing employees of their rights to bargain collectively, distribute union literature, or engage in other union activities without reprisal.

If you would like to submit your own comments, you may use this template as a guide. If you draft your own comments, make sure to include “RIN (3412-AA07)” on the comments. Submit your comments by visiting http://www.regulations.gov and selecting “Proposed Rule” as the Document Type and searching for 3142-AA07.

ALL private-sector employers (including labor organizations) whose workplaces fall under the National Labor Relations Act NLRA would be required to post the employee rights notice where other workplace notices are typically posted. If an employer communicates with employees primarily by email or other electronic means, the notice would be posted electronically as well.
The NLRB issued a statement saying: "The intended effects of this action are to increase knowledge of the NLRA among employees, to better enable the exercise of rights under the statute, and to promote statutory compliance by employers and unions."
An NLRB News Release on the Proposed Rule can be found here, and a sample of the notice can be viewed here.

If you have any questions or comments on this or any issue, please contact NJECPAC
at (866) NJECPAC (653-2722), or via email at njecpac@comcast.net
Explore More at NJECPAC
Posted by NJECPAC at 5:00 AM No comments:

A new rule proposed by Governor Christie would allow the director of the Division of Taxation to waive or "reduce" taxes and fees if a business can prove that paying them would be a financial hardship.
The rule is aligned with an executive order Governor Christie issued after he took office directing agencies to provide businesses with relief from "unduly burdensome" regulations.
However, some legislators say the rule is too broad and would create an uneven playing field in which some companies pay their share of taxes and others don’t.

NJECPAC asks, "Since when did the NJ Legislature start caring about a fair playing field?"
Read More
Explore More at NJECPAC  ~  Join NJECPAC's Youtube Channel
Posted by NJECPAC at 5:00 PM No comments:

Whatever happened to those 400,000 jobs Pelosi promised 'almost immediately' after ObamaCare passed? Pelosi in Her Own Words

Now the often quoted Congressional Budget Office (CBO) has admitted in testimony before a bipartisan Congressional Committee that ObamaCare will cost 800,000 jobs. Surprise Surprise !!!! Read More
Watch Short Video Testimony Here
Explore More at NJECPAC  ~   Follow Us On Twitter
Posted by NJECPAC at 5:00 AM No comments:

As the Republican-led House continues to seek out wasteful Government spending and Regulations, the fight against union only project labor agreements (PLAs) has heated up again.
In the Senate, Senator David Vitter (R-La.) introduced the Government Neutrality in Contracting Act (S.119) on Jan. 25, 2011. These bills would prohibit the federal government from requiring PLAs on federal and federally-assisted projects. The legislation essentially codifies into law President Bush’s anti-PLA Executive Orders 13202 and 13208, which were repealed when President Obama’s pro-PLA Executive Order 13502 in February 2009.

Congressman John Sullivan (R-Okla.) is expected to introduce the Government Neutrality in Contracting Act later this month.
The Obama Administration published, the Final Rule implementing his Executive Order 13502, encouraging and authorizing the use of union-only PLAs on federal construction projects.
Union-only PLAs restrict competition by requiring that a contract be awarded only to companies who agree to collective bargaining and union hiring. Union-only PLAs discriminates against upwards of 80% of the construction workforce nationwide by effectively banning them from the opportunity to work on federally-funded projects. To read the entire Rule, please Click Here.
If Jobs are the priority the Democrats in the House and Senate they should be eager to pass this legislation that would even the playing field and Obama should be more than eager to sign it. We do not recomend anyone hold their breath waiting for that.
Explore More at NJECPAC
Posted by NJECPAC at 5:00 AM No comments: 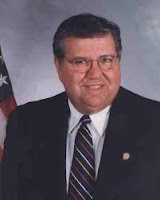 Decades of NJ Politicians Irresponsible Borrowing and Spending Come to a Head
Senator Anthony Bucco, the Senate Republican Budget Officer, issued the following remarks regarding Standard and Poor’s downgrade of New Jersey’s general obligation bonds:
“For more than a decade New Jersey irresponsibly borrowed, taxed and spent, often without voter approval, until the state is near the edge fiscal collapse.
Standard & Poor’s downgrade is further proof that the tough decisions being made by Governor Christie are the only way to return New Jersey to fiscal health. END_OF_DOCUMENT_TOKEN_TO_BE_REPLACED
Explore More at NJECPAC   ~   Join NJECPAC on LinkedIn
Posted by NJECPAC at 5:00 AM No comments:

﻿﻿State Senators Michael Doherty (R- Warren, Hunterdon) and Tom Kean, Jr. (R- Union) issued statements on the announcement that the defunct ARC Tunnel will be replaced by a “Gateway Tunnel” undertaken by Amtrak:
Senator Kean: “Thanks to Governor Christie, New Jersey will get increased trans-Hudson rail capacity without fleecing the taxpayers. New Jersey residents finally have a Governor who is willing to insist that taxpayer dollars are spent competently. This is a wholesale vindication of the Governor’s decision to end the ARC project a victory for the most highly taxed population in the United States.”
﻿﻿Senator Doherty: ﻿“Lo and behold, good things happen when you stand up for the taxpayers. The ARC Tunnel project, was a massively bad deal﻿ for New Jersey taxpayers being pushed by spendthrift Democratic politicians for all the wrong reasons: personal legacies, political agendas, and election year posturing. Nothing more perfectly exemplifies the folly of ARC than Senator Menendez’s mind-boggling assertion that a dead-end route to Macy’s basement made sense...... Read More
Meanwhile, U.S. Senators Menendez and Lautenberg are both clammering to take credit for the new project when in fact they placed NJ Taxpayers in jeopardy by failing to secure adeqate funding for the original "ARC Tunnel" project. Their utter failure left Taxpayers on the hook for billions in unfunded cost overruns. It was Governor Chris Christie that recognized the bad deal NJ was dealt and put a stop to it. The new  “Gateway Tunnel” is not expected to break the already fractured State Budget. Stay tuned........
Read More
Explore More at NJECPAC﻿﻿﻿﻿﻿﻿﻿ ﻿﻿﻿
Posted by NJECPAC at 5:00 AM No comments: 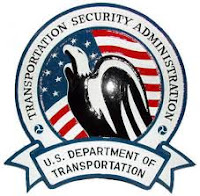 As if groping and naked body scans weren’t enough, the Transporation Security Administration may soon be  a union shop. The Obama Administration recently announced the TSA would be permitted to engage in collective barganinig. This means that 50,000 new union members will be reep public pensions and benefits.
If anyone would care to recall, the public was assured that the "TSA Would Not Be Permitted To Unionize" when it was created. The unionization of the TSA would mean one of the largest federal-employee government unions in the country.
The Obama Administration has not layed out any examples of how TSA unionization would increase passenger security. Perhaps that is because it won't. Read More

Meanwhile, three Republican Senators, Roger Wicker (Miss.), Susan Collins (Maine) and Tom Coburn (Okla.) are cosponsoring an amendment to the FAA reauthorization bill that would prohibit TSA screeners from having collective bargaining rights. The legislation is necessary because TSA workers with collective bargaining rights could hamper national security, Wicker said in a statement announcing the proposed amendment. Read More
Explore More at NJECPAC  ~   Follow NJECPAC on Twitter
Posted by NJECPAC at 5:00 AM No comments: