US Supreme Court to Hear Arguments on Obamacare

Just as we had previously predicted, the Supreme will hear the challenge to the health care overhaul law brought by 26 states and NFIB.

The arguments are expected to be heard sometime in March, and a decision would most likely follow sometime in June in the heat of the Presidential Election. "The health care law has not lived up to its promises of reducing costs, allowing citizens to keep their coverage or improving a cumbersome system that has long been a burden to small-business owners and employees, alike," said NFIB President and CEO Dan Danner. 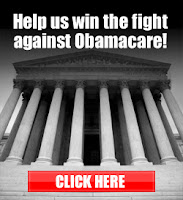 The NFIB plans to argue the individual mandate provision of the health care law is a violation of the US Constitution and can not stand on its own without it, NFIB President and CEO Dan Danner writes, "the existence of the individual mandate will set a precedent that will allow and embolden Congress to compel Americans to do, and to buy, whatever the government commands," Read More