Cap and Trade: A License Required For Your Home 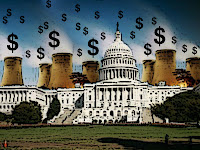 We encourage you to read the provisions of the Cap and Trade Bill that has already passed the House of Representatives and is currently awaiting a vote in by Senate.
A License Required For Your House?
Thinking about selling your house - A look at H.R. 2454 (Cap and trade bill) Home owners take note & tell your friends and relatives who are home owners!

Beginning 1 year after enactment of the Cap and Trade Act, you won't be able to sell your home unless you retrofit it to comply with the energy and water efficiency standards of this Act. H.R. 2454, the "Cap & Trade" bill has already passed the House of Representatives, if it is also passed by the Senate, it will be the largest tax increase any of us has ever experienced. The Congressional Budget Office estimates that in just a few years the average cost to every family of four will be $6,800 per year. No one is excluded.
Read More
Snopes disputes this, However, they have also been proven wrong on a myriad of political issues and this may very well be one.

Watch Video of Minority Leader John Boener Explaining What "IS" In The Bill
This is just one of many examples of why the upcoming mid term election will be the most important in our lifetime. Please Help Us Stop The Bleeding, VOTE On November 2nd!!!!
Posted by NJECPAC at 5:00 AM No comments:

Email ThisBlogThis!Share to TwitterShare to FacebookShare to Pinterest
Labels: Cap and Tax, Cap and Trade

Biden Once Again Blames Republicans and Bush For His Problems

Biden: If I Hear One More Republican Tell Me About Balancing The Budget, I Am Going To Strangle Them.
He went on to say that the Republicans’ new “Pledge to America,” will increase the debt by $1 trillion. He also bloviated that "We’ve seen this movie. We know how it ends”
Read More
Its to bad that what Biden said is largely false. Tax cuts have been proven to create growth, but not unlimited growth, they have to be accompanied by spending cuts, especially to balance a budget deficit.
The problem with the Republicans during the Bush Administration was they cut taxes and then increased spending. Even that is not what caused this recession. It was mandating banks to give mortgages to people that could not afford them. When those mortgages started to default banks fell like dominoes. That was a policy born of Democrat Andrew Cuomo, currently running for Governor of NY, when he was HUD Secretary. It was further exasperated by mandates pushed by Democrats Barny Franks and Chris Dodd and affirmed by the Democrat controlled Congress.
President Bush warned them all of the problem two years before it happened and they ignored the issue just like they continue to ignore projected shortages in Social Security now.
The auto industry is another issue and the responsibility for that falls squarely upon Management first and then unions with both to blame. That coincidentally happened at the same time as the mortgage crisis making the recession worse and giving the Democrats an excuse to spend even more money.
Democrats have had control of Congress since 2006 when they were handed the reins. In fact they were in control for two years before this recession even started.
All they have done is what they always do, throw money at the problems, pay off the unions, and hope for the best. If there is not enough money, no problem, they just raise taxes. In this recession they have done one better, they opted to increase the deficit more than every President from George Washington to George W Bush combined. they are now using the deficit they created as an excuse to let the Bush Tax Rates expire. That will result in the largest tax increase in American history. How is that going to work out for you?
Regardless of which party comes out on November 3rd as the Majority, this election will decide the financial state of the country for the next 20 years and beyond.
Posted by NJECPAC at 5:00 AM No comments: 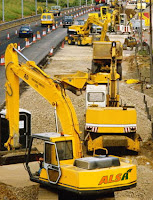 New Jersey's Joint Budget Committee approved the sale of $1.25 billion in bonds. The funding allows more than 2,000 construction workers to head back to work.
Gov. Chris Christie's halted state-funded public projects until
Democrats in the Legislature approve the bond sale to pay for them, their failure to approve the bond sale led to work stoppages on Monday.
State Transportation Commissioner James Simpson stated it was decided not to halt projects that are partially funded by the federal government.
Sen. Paul Sarlo (D-Bergen), the panel's co-chairman, abstained from the vote, Assemblyman Louis D. Greenwald (D-Camden), the other co-chairman, voted against the financial move, leaving to remaining Democrats and the panel‘s two Republicans to approve it.
It was a tense hearing with Sarlo and Greenwald sometimes raising their voices during questioning and Simpson answering the same way.
Read More
Posted by NJECPAC at 5:00 AM No comments:

The Heavy Hand of Kathleen Sebelius

Health and Human Services Secretary Kathleen Sebelius is upset that critics are accusing her of “thuggery” (the Wall Street Journal) and “soviet tyranny” (Newt Gingrich).  My favorite came from the well-respected political analyst Michael Barone: “gangster government.”﻿﻿
As previously reported here, The reason they are criticizing Sebelius was the secretary’s recent cease and desist order sent to health insurers.  Some insurers have been notifying their policyholders of future premium increases.  In addition to rising medical costs and inflation (which is very low), insurers have had to factor in all the new benefits that President Obama and Sebelius have been touting.
Read Full Story:
Posted by NJECPAC at 5:00 AM No comments: Before Senate Democrats headed out of Washington, DC to campaign and to face their angry constituents, a meeting was held on Wednesday to "pump up" the team.
As they each left the love fest, they were given a "message card" or talking points to share with the voters. Apparently, the Democrats are in such disarray that they can no longer think for themselves.
What's even worse is that if they plan on talking about what's on their talking points, this election will be a slam dunk... for the other guys. Read More:

Video
Posted by NJECPAC at 5:00 AM No comments: