Corzine & MF Global, The 8th Largest Bankruptcy in US History

Little has been reported by the mainstream media about the former Democrat US Senator and former Democrat NJ Governor the Honorable (I use that term loosely) Jon Corzine's MF Global meltdown.


The Company's bankruptcy filing is the "8th Largest in US History", so one would think it would be news. However, the so called Mainstream Media with the exception of Fox News is largely silent on the issue. The only reason that so many people do know about it is that more people watch Fox News than all the other Mainstream news networks combined. 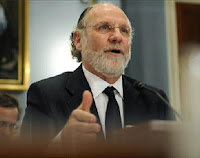 The main cause of the MF Global meltdown is reported to be largely caused by the misuse of and dare I say 'missing' client money which forced the firm into Bankruptcy. Jon Corzine tried to unload, or as some would say 'sell' the firm just prior to the Meltdown but the company that would have been the new owner discovered that there is approximately 1.2 Billion in client money that could not be accounted for so that deal fell through which led to MF Globals demise.


Jon Corzine testified in front of Congress yesterday where he stated that he is sorry, but he does not know where the missing MF Global clients money is.


So it seems that Jon Corzine left MF Global in exactly the same condition he left Trenton, 'BROKE', Imagine That!!!

One of my favorite cyber columnists Rich Galen today wrote on Jon Corzine and MF Global, His article is so informative and well written that I have included a link to it Here

Businesses Eligible For Up To $9,600 In Tax Credits for Hiring Unemployed Veterans 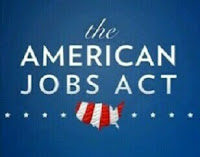 The American Jobs Act provides incentives for businesses to hire unemployed veterans. Businesses hiring veterans who have been unemployed for specified periods of time will be eligible to receive incentives of $2,400 to $5,600 per veteran hired. 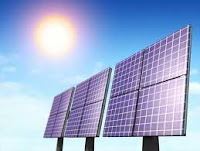 Governor Chris Christie released the state’s final 2011 Energy Master Plan, which is described as strategically balancing the development of new sources of clean energy, including natural gas, with renewables. The plan, which is the governor’s vision for the use, management, and development of energy in the state, builds upon what he sees as his efforts to make New Jersey the largest and fastest-growing solar energy market in the United States.

Additionally, the administration proposes to address the current drop in the market price of solar renewable energy certificates (SRECs) with a plan designed to encourage growth of the solar industry and create the necessary certainty that will allow financial community to invest in energy development.


The Governor’s office has focused on the following:

Employees hired after November 7, 2011 must be provided with a written copy of the notice at the time of their hiring. In both cases, attaching the notice to an e-mail satisfies the written notice requirement.


The Notice includes contact information for New Jersey State representatives who are available to provide employees with information or to facilitate their filing of complaints regarding an employer's alleged failure to meet the requirements of these statutes.


Employers risk fines up to $1,000 for failing to comply with the notice and posting requirements, in addition to potential criminal penalties.


This notice follows on the heels of last year's new legislation imposing stricter penalties - including the loss of operating licenses - for New Jersey employers who repeatedly fail to comply with the State's wage, benefit and tax laws.
Read New State Rules Here

Posted by NJECPAC at 4:22 PM No comments:

Senate Republican Leader Tom Kean, Jr. issued the following statement on the most recent Debt Report presented to the state Commission on Capital Bonding and Planning:

“The debt report shows that this Governor is fixing the mess left by McGreevey, , and an unchecked Democratic legislature that just couldn't say no to spending Corzine money the state didn’t have. Gone are the days of double digit debt increases that are passed on to our children and grandchildren.

“The commitment by Governor Christie and Republican legislators to stabilizing state finances and reducing our debt is a powerful signal to the business community that it is once again safe to create jobs and invest in New Jersey.”