President Obama has set his New Year's resolution high for 2011: He wants to Repair the struggling economy.
In his weekly radio address, he referenced data showing the economic recovery was gaining traction even as millions of Americans are still out of work.
"Our most important task now is to keep that recovery going," Obama said. "As president, that's my commitment to you: to do everything I can to make sure our economy is growing, creating jobs, and strengthening our middle class. That's my resolution for the coming year." 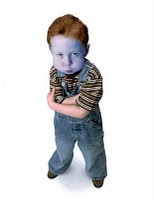 Isnt it nice of him decide to pay attention to what the rest of the Country has been concerned about since he was elected.
Unemployment of nearly 10 percent and dissatisfaction with Obama's efforts to spur an economic recovery from the worst recession in decades helped fuel Republican back into the Majority in the House and greatly reduced the Democrat Majority in the Senate.
Read More

New Jersey-IEC Joins The CDW Brief In Union Trespass Case
New Jersey-IEC has Joined one hundred forty (140) other organizations that have signed on to the CDW amicus brief in the National Labor Relations Board case Roundy’s Inc. And Milwaukee Building and Construction Trade Council.

The issue in the Roundy's case is whether employers are required to allow non-employee union agents to trespass on the workplace for the purpose of harming the employer's business if the employer has allowed workplace access to other non-employee individuals or groups that do not intend to harm the business (such as the United Way, blood drives, girl scouts, etc.).
The Board's decision in this matter has an obvious impact on the ability of employers to shield customers, clients and employees from interference and harassment by non-employee union agents
The NLRB Case Notice Can Be Viewed Here

The Coalition for a Democratic Workplace (CDW) is a coalition of workers, employers, associations and organizations who are fighting to protect the right to a federally supervised private ballot when workers are deciding whether or not to join a union. http://www.myprivateballot.com/
Explore More at NJECPAC
Posted by NJECPAC at 6:46 PM No comments:

The 111th Congress is officially over, and  officially the worst Congress in history. Yet despite its pitiful 13% approval rating some are hailing the 111th Congress as wildly successful.
Of course, most touting the so called “accomplishments” of 111th Congress are the very members of Congress defining their own incompetent actions as accomplishments, regardless of what the American People think.
Starting with Nancy Pelosi, who is not at all ashamed of the legislation she has rammed through Congress, despite the objections of the American People.
Pelosi says she is “very, very proud of the work that was accomplished by this Congress.”
The American people have a different take on the work of Nancy Pelosi and Her Congress. Nothing said "Enough" louder than the earthshaking results of the midterm election, or as Obama himself defined it, the Shellacking they were handed.
If you take a look at some of Congress’ signature “accomplishments,” you might understand where they’re coming from. Here are 10 major pieces of legislation passed by the 111th Congress over the last two years and a look at why Americans were not pleased.
Read More on each of the 10 top reasons the majority of Americans say good ridens to the 111th Congress
Americans should expect better results from the 112th Congress, Provided that the newly-elected representatives heed their electoral mandate: less spending, lower taxes and limited government. 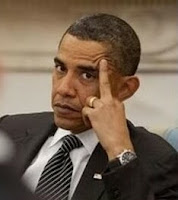 But Americans should also be aware that even if Congress stays in line, President Obama will still pursue his big government agenda by way of more regulations from unelected bureaucrats. As the president said when the Democrats lost the House and failed to enact cap-and-trade, “I’m going to be looking for other means to address this problem.” In Fact He Already Has.
Americans will either get more involved in the political process or continue to be its victim.
Explore More at NJECPAC
Posted by NJECPAC at 5:00 AM No comments: 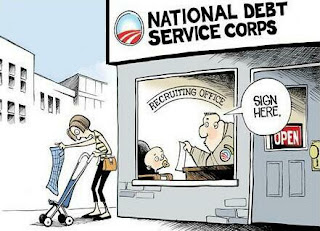 With House Speaker Nancy Pelosi driving the car, (an analogy Obama so loved to use in his failed attempt to demonize Republicans in the midterm election), the federal government has run up $5.177 trillion in new debt. That is about equal to the total debt the federal government accumulated in the first 220 years of the nation's existence.
In her inaugural address as speaker, Pelosi vowed that Congress would engage in no new deficit spending. "After years of historic deficits, this 110th Congress will commit itself to a higher standard: Pay as you go, no new deficit spending,” she said in an address from the speaker’s podium. “Our new America will provide unlimited opportunity for future generations, not burden them with mountains of debt."
Read More
Explore More at NJECPAC
Posted by NJECPAC at 5:00 AM No comments: