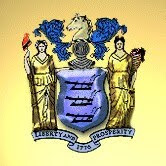 New Jersey’s economy and labor market appear to be in the early stages of a recovery. Economic activity seems to have picked up for the first time in nearly two years.
Residents from New York City are relocating to the state adding much needed revenue. State finances still pose a huge challenge. However, home prices continue to fall and the unemployment rate remains high. Many cities and townships are dealing with rating agency downgrades that highlight the state’s high debt burden, low pension fund ratio, high post-retirement insurance liabilities and depletion of its General Fund reserves.
To Read The Full and Detailed Economic Outlook Report by Wells Fargo Click Here
Posted by NJECPAC at 5:00 AM No comments:

In a complete complete turn around from the Obama Adminstrations and the President himself claims that they will not raise taxes on middle class Americans, we now find out that the biggest program passed and signed by the President is indeed a tax.
Lawyers for the Department of Justice are defending the health care reform provision that requires all Americans to purchase health insurance as a tax.

Justice Officials admitt in a brief that the mandate to purchase health insurance is part of the Government's "Power To Lay And Collect Taxes."
This, critics say, is a departure from the arguments Democrats and the Obama administration made as they were working to pass the health care reforms.
Read More
Posted by NJECPAC at 7:21 AM No comments: 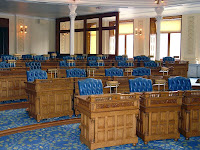 Last week (June 21, 2010), the New Jersey Assembly unanimously passed the long-awaited revisions to the New Jersey Construction Lien Law (NJSA 2A:44A-1, et seq) (the "Lien Law").
The Senate version of the bill is up next which, was referred to the Senate Commerce Committee in May, where it is expected to remain until the Legislature returns in the Fall.
The proposed Lien Law revisions are based almost entirely on the March 2009 final report of the New Jersey Law Revision Commission, seeking to fill the gaps in, and improve the application of the original 1993 Lien Law. Some of the proposed amendments are a codification of decisions of federal and state courts, including the New Jersey Supreme Court, which have sought to interpret the Lien Law since its enactment.
Read More
Posted by NJECPAC at 5:00 AM No comments: