The National Labor Relations Board says it will continue to press forward in deciding new cases even in the wake of a ruling from the U.S. Court of Appeals for the D.C. Circuit that invalidated three recess appointments to the board in January 2012.

A three-judge panel from the federal appeals court ruled on Jan. 25 that President Obama’s recess appointments of Democrats Sharon Block and Richard Griffin and Republican Terence Flynn were invalid because they were not made during a true congressional recess. The ruling, if upheld, should nullify all rulings made since the president made the appointments.

“Considering the text, history and structure of the Constitution, these appointments were invalid from their inception,” the panel concluded. “Because the Board lacked a quorum of three members when it issued its decision in this case on Feb. 8 2012, its decision must be vacated.” 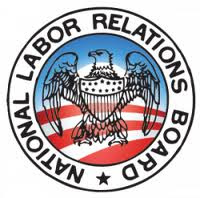 But in a statement, NLRB Chairman Mark Gaston Pearce, a Democrat, said, the board will ignore the Court and continue to issue decisions.

Nevertheless, pro-business groups cheered the ruling. Geoff Burr, Chairman of The Coalition for a Democratic Workplace (CDW) said, “The president’s decision to bypass the U.S. Senate and appoint pro-union activist members to the NLRB was a political, partisan act that had to be challenged.”

The CDW is a coalition of business organizations that include IEC (Independent Electrical Contractors) and ABC (Associated Builders and Contractors)  that legally challenged the recess appointments. The ruling “will invalidate decisions unlawfully made over the past year by the NLRB and allow them to be heard by an unbiased panel,”  Burr said. Read More

Although he often talks as if Congress is an inconvenient distraction, the president has been reminded that he does not reign supreme and must actually share power with the legislature. The decision throws into doubt the validity of a slew of egregiously pro-union decisions by the board. Read more
Explore NJ-IEC Here    Explore IEC Here

N.J. Democrats Fear A Christie Landslide Could Sweep Away Their Control of States Legislative 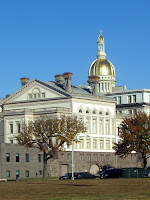 Gov. Chris Christie’s popularity is showing no signs of declining, Democrats in New Jersey are worried about more than just their uphill struggle in their quest to win the State House. They are concerned about what is shaping up to be a blowout at the top of the ticket in November. It is no wonder Democrats want to do all they can to minimize the damage by concentrating on retaining majorities in the States Senate and Assembly. Christie's approval rating was 74 percent in the latest Quinnipiac University poll. Democrats worry that Christie’s coat tails have the potential to sweep the Senate and possibly even the Assembly out from under them.  Read More

We wonder if that would really be a bad thing for the Citizens of New Jersey. Under this Democrat controlled Legislature and former Governor Corzine, taxes were raised on New Jersey's Taxpayers over 130 times. When Chris Christie took office the State was only a few months from insolvency. Chris Christie and his team have worked tirelessly since he took office to balance the budget without increasing taxes. He is currently the only one standing between New Jersey's already overburdened taxpayers and  the return to this Democrat controlled Legislatures penchant for tax increases and budget deficits.

Meanwhile Democratic candidate Barbara Buono is the only Democrat Currently declared as running for Governor after State Senator Richard Cody and Newark Mayor Cory Booker both indicated they will not run. Buono has garnered an endorsement from the Ocean County Democrat organization. Buono has also been endorsed by the Democratic Party organizations in Somerset  and Monmouth counties. Democrats in Middlesex County, and Sussex County Democratic Chairman have informally pledged their support. If she wins her party's nomination, she would face an uphill battle against Chris Christie in November. Read More

Posted by NJECPAC at 6:01 AM No comments: