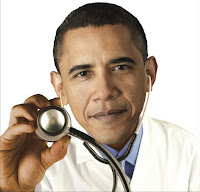 Health Care Reform Mandates On Employers
Health Benefit Plans.
A majority of provisions within the Patients Prevention & Affordability Care Act impose new mandates on employers, including tax-exempt organizations, and in many cases will require modifications to employer provided health plans.
Employers will be mandated to report the cost of their health plans to the Government and also report that cost on each employee’s W-2 Form. Employers will also have to file information returns with the IRS describing the health insurance coverage they provide.
An employer who hasn't made any or has made only limited changes to their plan terms since March 23, 2010 "may be eligible" to be grandfathered to avoid implementing more reform provisions, provided the employer continues to meet specific requirements.
Obama has stated repeatedly that if you like your plan you can keep it....What he conveniently leaves out is you can keep your plan only if your plan complies with the many mandates contained within the law.
Read More Here  ~  Watch Video Here
Join NJECPAC on Twitter,  Facebook,  Youtube
Explore More at NJECPAC
Posted by NJECPAC at 5:00 AM No comments:

Dem Leadership Panders For Votes Ahead of Property Tax Relief

Tell Your Legislator Its Time To Vote On The Governors Property Tax Reform Tool Kit.

Tom Kean: “Democrats Choose Political Theater Over Property Tax Relief”
﻿
Senator Tom Kean, Jr. said that Democrats’ failure to pass the remaining toolkit legislation puts election year politics ahead of property taxpayers:
“Rather than vote on ways to help property taxpayers, Democrats have chosen to use the Senate’s time to pick an election year fight with the Governor,” Kean said. “The Legislature’s calendar has been hijacked for political theater instead of taking on the significant challenges facing our state. Senate leadership should be holding votes on the toolkit bills they’ve ignored for a year.”


At a recent afternoon news conference, Senators Tom Kean, Jr. and Diane Allen were joined by a united Republican caucus in calling on the Democrat Majority to set a date for completion of the Governors property tax relief toolkit.
“For a year now, we’ve been told by the Majority that, to quote the Senate President, ‘The toolkit has to happen’,” said Senator Kean. “However, blatant partisan posturing against the Governor has caused them to break the promise they made last year to the taxpayers. Their inaction is forcing service reductions, police and fire layoffs, and tax increases that our communities cannot afford and the taxpayers should not be forced to bear. It is time for the Democrats to stop with their small minded politics and set a date certain to complete the toolkit and provide taxpayers the relief they deserve.”  Read More & Watch Video Here
﻿This year the Entire Senate and Assembly in New Jersey are up for Re-Election. 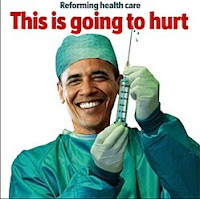 Last week was the anniversary of the signing of the President’s takeover of America’s health care system. The Patient Protection and Affordable Care Act, or as it is more commonly known "Obamacare", was supposed to reduce costs, provide better access to health care, and create jobs. The President even said "if you like your health care plan, you can keep your health care plan."
As NJECPAC had warned, Just one year after being signed into law, the cost of Obamacare has soared.  The Congressional Budget Office (CBO) now estimates that the cost of Obamacare has increased by over $500 billion, added to the original $938 billion, brings the price tag to a staggering $1.445 trillion. 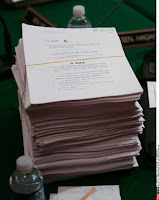 The President also promised that once fully implemented the cost of the overhaul would cost no more than $65 billion a year. Now the cost is estimated to be three times that. the cost of Medicare is expected to double virtually bankrupting the systems trust fund by 2020.
One year later, the law is actually stifling job creation, increasing the costs for all taxpayers, businesses, and states, has placed massive new paperwork requirements on Businesses and there have been over 1040 special waivers representing 2.6 million people just to allow them to keep their current plans.”
Now dont get us wrong, there are what can be viewed as a few good provisions contained in the law. However, exactly as the NJECPAC Board of Governors warned our Congressmen and Senators when they met with them in Washington, every one of those provisions increases costs to Employers, their Employees and Taxpayers. Which only serves to prove that there is no such thing as a free ride.
Join NJECPAC on Twitter, Facebook, Youtube
Explore More at NJECPAC
Posted by NJECPAC at 5:00 AM No comments:

Congress Holds Hearing On Discriminatory Use Of PLA's In Public Construction

The House Committee on Oversight and Government Reform. Subcommittee on Regulatory Affairs, Stimulus Oversight and Government Spending recently held a hearing on the use of PLA's in Public Construction.
The hearing was appropriately titled The Cost Of Doing Business In The Construction Industry and was held on March 16th 2011
﻿
IEC Members John F. Biagas, CEO of Bay Electric, Newport News, Va., and John Ennis, Jr., CEO of Ennis Electric Company, Inc., Manassas, Va Testified before Congress against the Use of Project Labor Agreements (PLA's) on Public Construction Projects.
The revealing video of their testimony can be Viewed Here
Join NJECPAC On Twitter, Facebook Youtube
Explore More at NJECPAC
Posted by NJECPAC at 5:00 AM No comments: