Living In Heaven With Ralph Kramden 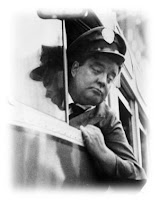 Can we stop acting as if people who work for the government are the heroes of working people?

MSNBC among others are covering the public union fighting in Wisconsin as if it's the 9/11 attack, and the Republicans are al-Qaida. Its entire prime-time schedule is dedicated to portraying self- interested government employees as if they're Marines taking on the Taliban.
Public sector workers are pursuing their own narrow financial interests to the detriment of everyone else in their states. That's fine, its what most of us do, but can we stop pretending it's virtuous?
Because of the insane union contracts in Wisconsin, one Madison bus driver, was able to make $159,000 in 2009, about $100,000 of which in overtime pay. Jackie Gleason didn't make that much playing bus driver Ralph Kramden on "The Honeymooners."
When asked about the outrageous overtime pay for bus drivers, totaling $1.94 million in 2009 alone, Transit and Parking Commission Chairman Gary Poulson said: "That's the contract."
There in lies the problem, not as much with the workers that are going to work and being paid per that contract, but with the political hack that agreed to that contract in the first place, all at the publics expense. It's ludicrous to suggest that these union contracts were fairly bargained. Only one side was at the negotiating table. The side who is actuall has to pay were all at work.
Read More

Join Us March 25th For A Fun Night At The Races 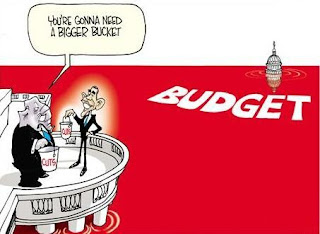 Federal Government Posts  Largest Monthly Deficit in History
The Congressional Budget Office has reported the federal government will post a
$223 Billion Deficit for the "Month of February", which sets a new record for the largest monthly deficit posted in U.S. history.
The new figure comes as President Obama has released a $3.7 Trillion Budget for 2012 that will add $1.6 trillion to the National Debt. Republicans have proposed meager budget cuts for the current fiscal year, but Democrats and the White House have strongly opposed them and submitted their own woefully inadequate budget cuts. 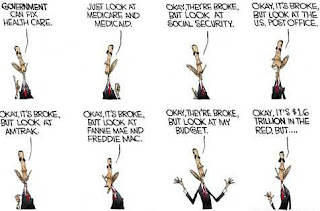 The debate on cutting federal spending continues on Capitol Hill as Democrats call $61.5 billion in cuts proposed by Republicans "draconian," while "meeting the GOP half way" by presenting their mere $4.7 billion in cuts as the threat of a partial government shutdown looms for the second time in less than three weeks.
"Meeting Half Way" ?  I dont know about anyone else, but my third grade math does not comprehend 4.7 billion as meeting 61.5 billion half way.
Join Us March 25th For A Fun Night At The Races 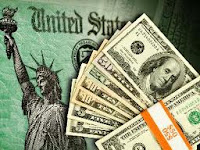 The Congressional Budget Office, has raised the cost estimate of President Obama’s economic “stimulus” program. The office calculated it will end up costing taxpayers $821 billion, $34 billion more than originally stated.
Those are the current figures that could still change. It also does not count the interest that we’re paying on the money borrowed from the Chinese and other foreign interests to finance the package.
Join Us March 25th For A Fun Night At The Races