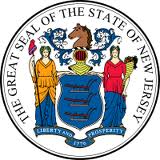 Licensed professionals such as doctors, accountants, Plumbers & Electricians owe New Jersey $13.8 million in overdue fines for everything from lying about their education to sexually harassing a patient during a checkup, and state officials concede they haven’t done enough to collect the money.
The unpaid fines were disclosed by state officials after The Star-Ledger reviewed six years worth of records from New Jersey’s 46 Licensing and Disciplinary Boards that are charged with protecting consumers from dishonest or dangerous professionals. The review showed that, 28 percent of fines went uncollected.
"Consumers are going to these professionals, and some of them did things that meant they needed to be fined or reprimanded, yet they’re getting away with not paying," said Phyllis Salowe-Kaye, executive director of New Jersey Citizen Action, a government watchdog group. "If there are no punishments for what they do, then they’ll continue to do it."
In response to questions from The Star-Ledger, state officials said changes are already in the works. Thomas Calcagni, head of the Division of Consumer Affairs, which oversees the boards, said that by the start of next year, all the boards will use a new, automated debt-tracking system.
Read More from the Star Ledger
New Jersey IEC President Arthur Carver warns "Consumers must beware when hiring any Licensed Professional. Make sure they show a valid license and business permit and follow up with their respective Licensing Board to make sure they are in fact licensed and if so that their license is in good standing".
"There are ongoing problems within many Licensed Professions with individuals holding themselves out to be licensed when in fact they are not. Perhaps the best example of this problem is the majority of Solar Companies in NJ are not Licensed and are in fact operating an Electrical Contracting Business without a License or Business Permit, a 4th degree felony in NJ. These individuals some of whom get front page stories written about their installations published in local newspapers, if in fact unlicensed have committed a felony offense as soon as they handle and install even one Solar Panel", said NJECPAC Government Affairs Director Joseph Hovanec. Read More