A key Senate Democrat announced Friday that he would introduce legislation to repeal a provision in the recently-passed health care reform law that would eliminate an overly-burdensome reporting requirement for small businesses that might have left many drowning in paperwork. Senate Finance Committee Chairman Max Baucus, D-Mont., released a statement saying, "I have heard small businesses loud and clear and I am responding to their concerns." The Patient Protection and Affordable Care Act (PPACA) contains a provision designed to raise revenue without raising tax rates, that would, beginning in 2012, require all businesses to report payments to and purchases from any business totaling more than $600 in a calendar year, regardless of what the money was used to purchase.
Read More
Posted by NJECPAC at 12:49 PM No comments:

With health care costs increasing more and more, an increasing number of employers are adopting a system to pass on the bulk of those costs to workers in higher salary brackets and offering some relief to workers who make less money.
Employees continue to see what they pay toward health care go up as companies ask them to contribute more to premiums and deductibles. But now, as people enroll in health plans for the coming year, the sticker shock is more jolting than ever because so many companies are passing on to their workers most, if not all, of the higher costs.

A worker’s share of a family policy is approaching $4,000 a year on average, and is most certainly going to keep rising through the next few years. For lower-salaried workers, those costs have only compounded their struggle in a brutal economy.
Read More From The NY Times

So Much For Obama Care Reducing Costs !!!!
Posted by NJECPAC at 5:00 AM No comments:

Stimulus follies: $535 million down the drain in California in “green jobs”

The Obama administration made Solyndra, a solar-power manufacturing company, a symbol of its “green jobs” push in the Porkulus program. Barack Obama himself toured the factory, as did Barbara Boxer.
Taxpayers ended up sinking $535 million into building Solyndra a new facility that promised to add jobs in the clean-energy sector. Instead, now that Solyndra has its new facility, it’s closing another older facility and will lay off dozens of employees and cancel the contracts for 150 more contract workers:
In other words, we invested $535 million, a significant portion from China, into a company that apparently couldn’t compete on a price basis with its foreign competition leaving us on the hook for the investment
Solyndra did all right though; they got a nice new facility and now can dump their old plant. The old building will sit vacant for a long time in all likelihood while Solyndra downsizes and attempts to stay in business at their taxpayer-funded digs.
Read More
It’s an object lesson in the incompetence of politicians and bureaucrats to pick winners and losers in private markets.
Explore NJECPAC
Posted by NJECPAC at 5:00 AM No comments:

Unions May Not Need EFCA Under New NLRB Regulations

﻿ ﻿
Given the Democratic Party’s loss of a filibuster-proof majority in the Senate and the Republican trouncing of Democrats in the midterm elections, the likelihood that the proposed Employee Free Choice Act (EFCA) will pass has virtually evaporated. But recent actions of the National Labor Relations Board (NLRB) suggest that employers haven’t dodged the bullet. Increased risks of unionization still abound and will continue
A majority of the Board’s current membership are former union lawyers who have been aggressively acting to institute new policies that are highly favorable to unions – and dangerous for unionized and non-unionized employers alike.
Read More
Posted by NJECPAC at 5:00 AM No comments: 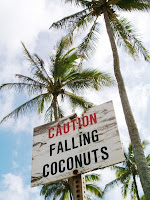 India is preparing for Barack Obama's first visit to the country by removing coconuts from palm trees in Mumbai to protect the US president.

As well as the usual security measures that come with welcoming a visiting dignitary, Indian authorities have decided to go one step further. All coconuts around the city's Gandhi museum, one of Obama's stops in the city, are being taken down.

Mani Bhavan, where Mahatma Gandhi stayed during his freedom struggle against the British, is among five places the US president is visiting in Mumbai.

"We told the authorities to remove the dry coconuts from trees near the building. Why take a chance?" Mani Bhavan's executive secretary, Meghshyam Ajgaonkar, told the BBC.

Every year in India people are injured or even killed by falling coconuts.
You just cant make this stuff up !!!!
Posted by NJECPAC at 5:00 AM No comments: