Now according to Obama Administration estimates, by 2013, up to 69% of employer-provided health care plans will be subject to new regulations and not grandfathered under the new health care reform law,
While the new rules may not let many businesses keep their current plans as promised, that may not be all bad for consumers. Read More
Posted by NJECPAC at 5:00 AM No comments:

I recently read an article on the new Mayor of Bayonne Mark Smith. His arbitrary and false comments in his Inauguration Speach on Project Labor Agreements are worth noting.  "When it comes to the rights of working men and women, we have not compromised. We support the right of workers to organize. We support project labor agreements. And we believe that fully qualified, fully trained union labor makes projects better and safer, on budget and on time. We support organized labor and we believe that when people make a living wage, they build stronger families, and make better citizens which ultimately makes for a better Bayonne."

His statement is to say that Projects (pictured) built by fully qualified, fully trained Merit Shop labor somehow do not make projects better and safer, and do not bring project in on budget and on time which is a naive and ridiculous statement at best. He also uses the term living wage which is an arbitrary term created by unions and adopted by Democrat Politicians and used freely as if it is a definable term.
Favoritism for a small group of workers at the expense of the vast majority of workers is wrong and costly to the taxpaying public. The indisputable truth is when you reduce competition you increase costs.
The farce is that PLA's promote labor peace by barring workers from striking, HELLO! Merit shop workers don’t go on strike and they do not promote violence. So why is there a need for a provision for labor peace? Or could it be that union workers have a reputation for promoting violence when they price themselves out of a project and that project is then awarded to a Merit Shop Contractor. 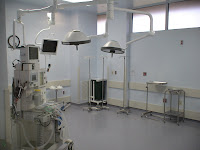 Project Labor agreements violate the rights of the vast majority of fully qualified, fully trained Merit Shop construction workers who build upwards of 80% of all construction projects in the state of New Jersey. Merit Shop Contractors and their employees represent the vast majority, all of whom pay taxes and contribute to society.  They Choose not to belong to a union, and because they choose not to belong to a union they are banned from working on a project burdened by a Project Labor Agreement that their taxes are paying for.
PLA projects do not cost more merely because of the wage that is paid. Wages are rarely an issue. They cost more because of the antiquated union work rules, reduced productivity by union labor vs Merit Shop labor, and the egregious benefit packages that are forced to be paid on these projects resulting in an increased cost of between 30% and 50% to taxpayers.
A reasonable benefit package including Health Care, Retirement Plan, Vacation, Paid Holidays and more cost an employer between $10 and $20 per hour, yet the union benefit rate imposed on Project Labor Agreements and also mandated by the States Prevailing Wage is upwards of $36.00 per hour with no justification of what the difference represents.
Read More on Project Labor Agreements
Posted by NJECPAC at 5:00 AM No comments:

President Bypasses Congress For Yet Another Controversial Recess Appointment

President Obama bypassed Congress and through "recess appointment" put Donald Berwick -- a leading advocate of rationing healthcare -- in charge of the Center for Medicare and Medicaid Services.
Berwick will be responsible for cutting 500 billion dollars in Medicare and Medicaid programs.
Obama claims that he issued this executive order because Republicans were wasting time and playing games for "political purposes."
But the truth is -- Berwick is America's worst nightmare when it comes to healthcare reform...
Click here to read More from Michelle Oddis on what the Adminstration doesnt want you to know about Donald Berwick.
Posted by NJECPAC at 5:00 AM No comments:

Oroho Pushing for 2% State Spending Cap
Senator Steve Oroho (R-Sussex) introduced legislation that would cap state spending at 2 percent annually. This legislation comes on the heels of the 2 percent property tax cap passed today by the Senate.
“It is very important that the state demonstrate the same fiscal restraint that we are asking of local and county governments and school boards,” Oroho stated. “All levels of government have been living beyond their means and taxpayers are the ones paying the price. We need to make decisions that make this state more affordable for families and more competitive for businesses.”
Read More

Kyrillos Joins Sweeney as Co-Prime Sponsor of 2% Property Tax Cap
Senator Joseph Kyrillos (R-13) joined with Senate President Steve Sweeney as the prime sponsor of the 2 percent property tax cap bill that was passed by the Senate today. Senator Kyrillos is the sponsor of Governor Chris Christie’s original constitutional property tax cap.
Senator Kyrillos called the measure a “very significant, historic initiative” that would be watched by people across the country.
Read More


Senate Republican Leader Tom Kean issued the following statement today after the Senate passed a property tax cap. Under the bill, property tax increases would be capped at 2 percent annually with a limited number of exemptions, including voter override:
“New Jersey residents will finally have some predictability and control when it comes to their property tax bill. Giving voters a choice will help prevent another family from moving out or another business from closing due to rapidly escalating property taxes.
Read More
Posted by NJECPAC at 5:00 AM No comments: