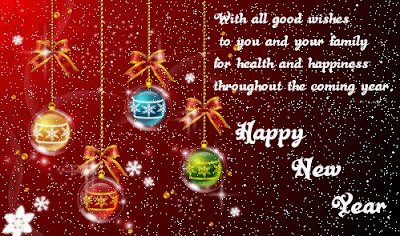 2010: A Disastrous Year For Unions

Election Year Was Disastrous For Unions

As the year ends, many people are looking back on 2010 as a historic time of political upheaval. But one of the year’s biggest political developments has been mostly overlooked.
If voters sent one message loudly and consistently, it is this: They do not like unions. The American electorate availed itself of almost every chance to take a whack at organized labor. 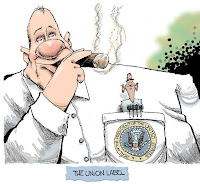 With public-sector union pension plans around the country sinking under trillions of dollars of debt, six states, Alabama, Nevada, Pennsylvania, Rhode Island, Tennessee and Wisconsin, elected governors who promised to transfer state employees from costly defined-benefit pension plans to 401(k) contribution plans.
Ohio's incoming Republican Gov. John Kaisch is talking about eliminating laws dictating union-scale wages for public projects and dropping certain bargaining privileges for police and firefighter unions. In Wisconsin, Gov.-elect Scott Walker recently said he is considering abolishing public-sector unions.
California voters also showed they were not pleased with private-sector unions. At 12% unemployment, local unions killed a deal to build a billion-dollar development in Southern California that would have created 12,000 jobs.
In New Jersey, voters approved only 41 percent of the 538 proposed budgets in the state’s annual school election. Governor Chris Christie has introduced a property tax tool kit aimed at reducing property taxes but the Democratically controlled Assembly and Senate have so far failed to act.
Despite the clear messages being sent, unions are more influential than ever with the apparently oblivious Democrats in Washington. Liberal political appointees on the National Labor Relations Board recently issued a decision allowing unions to forgo secret ballots in certain circumstances, and recently published a rule mandating the majority of private employers to post the rights of workers to organize.
Obama has rolled back transparency requirements for unions and encouraged project labor agreements on $140 billion in stimulus projects. In Congress, the $813 billion stimulus bill and subsequent $26 billion teacher unions bailout kept public-sector unions flush even as the private sector was drowning.
These measures are Obama’s payback to organized labor, which spent more than $200 million trying to protect Democrats in the midterm election. But how many more elections do Democrats and unions have to lose before they start heeding the will of the people?
Read More             Explore More at NJECPAC
Posted by NJECPAC at 5:00 AM No comments:

Governor Chris Christie is planning help for small business by working to stabilize the States Finances. "The number-one job of this administration is to get the state's fiscal health back in order," explains Christie. Although many other states have a fiscal mess on their hands NJ's is among the worst, right behind California and Indiana. He says, "My hope and my plan is to get our house in order fiscally before all those other states do so we can then be in a position to steal as many of those jobs, create as many of those new jobs as we can."
The Governors plan has been bantered about so it should be no surprise, "It's nothing I haven't been saying for the last year. I mean, we are in an enormous fiscal crisis and it is not over…..New Jersey is now the leader in talking about this issue. We're talking about it and have been talking about it and have been doing something about it for a year."

The Governor who was told he inherited a surplus, quickly found out that Corzine squandered millions in the 11th hour much of it doled out to his cronies.  Enter Christie who immediately faced with an 11 billion dollar deficit and a budget he had to balance.  Christie successfully closed the 11 billion budget gap in Fiscal Year 2011 and the 2012 budget will be as painful, or even worse than the last one.

Governor Christie was asked how next year's Supreme Court hearings on the Abbott v. Burke case regarding school funding will impact the 2012 budget. He doesn't believe State Supreme Court decisions should play any role in the budget process but they do. He says he will be forced to keep a close eye on the Courts rulings on the issue.

The Governor believes there are other concerns in next year's budget. "The closer you get to balancing that structural deficit the tougher the decisions are because you try to save as much as you can on worthwhile programs while you can. This year will be tougher than last year in that respect. The decisions will be even more difficult because of the decisions we made last year."

﻿﻿While they are largely responsible for the fiscal mess the state finds itself in, the States Democratic Controlled Assembly and Senate, who are all up for election in November 2011, have shown little cooperation with the Governor in fixing the States fiscal house.
The hope and advice from NJECPAC, is that every Taxpayer in the State of New Jersey enter the voting booth in November 8th 2011 with their tax bill in hand, review it and then pull the lever for the candidate they believe will cooperate with the Governor in achieving what he was elected to do. Get the states fiscal house in order and provide much needed property tax relief.
Read More                             Explore More at NJECPAC
Posted by NJECPAC at 5:00 AM No comments: