The Environmental Protection Agency has delayed enforcement of a the Lead Paint Certification rule for Contractors until October 1st 2010.

The delay comes from a storm of complaints from National Trade groups such as IEC, ABC, Home Builders Association and Congressional Republicans, who said the Government has not provided enough trainers to help contractors meet an April deadline.
The EPA rule requires contractors to use "lead-safe" practices when working on homes, day-care centers and schools built before 1978, the year lead paint was banned for residential use because of health risks.
The delay allows contractors to sign up for training by Sept. 30. Training must be completed by Dec. 31.
Read More
EPA LEAD PAINT FINAL RULE
EPA Lead-Safe Renovate Right Pamphlet
Posted by NJECPAC at 5:00 AM No comments:

Associated Builders and Contractors have successfully blocked a mandatory federal project labor agreement from the bidding process for a project at an Armed Forces Reserve center in Camden, New Jersey.
In response to a bid protest filed with the Government Accountability Office by Wu & Associates, Inc. with support and representation from the Associated Builders and Contractors, the U.S. Army Corps of Engineers eliminated a bid requirement that would have limited the pool of bidders to contractors willing to sign onto a project mandating Obama's controversial Federal Project Labor Agreement (PLA).
“Our company and other quality New Jersey businesses deserve a fair opportunity to provide the public with the best construction product at the best price,” said Wu and Associates President Kirby Wu, AIA, in a written press statement from ABC. “The wasteful and discriminatory project labor agreement would have cut competition from qualified merit shop contractors and their skilled employees. The U.S. Army Corps of Engineers’ decision is a real win for all taxpayers, as well as for the people of New Jersey.”
Executive Order Authorizing PLA's
Read More on Project Labor Agreements
Posted by NJECPAC at 5:00 AM No comments:

If you don't think this is the most important "Mid Term Election" in our lifetimes, read on.

Major Unions To Pool Campaign Spending,
In a not so secret campaign to buy elections?
Can anyone say "Special Interest Groups"?
The leaders of the AFL-CIO and the Service Employees International Union (SEIU) have agreed to coordinate spending millions of dollars in the midterm elections to support pro-union candidates, the vast majority of them Democrats.
The two labor organizations say they have a combined $88 million or more to deploy in this year's election cycle. It's not clear how much of that money they will pool together.
Read More

The only way to compete with unions to protect your interest in the Electrical & Construction Industry is through Trade Association Political Action Committees who are all working hard for you and your business.

To do that the PAC's need funds, we urge you to do your part for your industry and donate to one or all of the Political Action Committees listed below

Some of the Democratic Party’s most endangered Legislators are distancing themselves from Speaker Nancy Pelosi in an attempt to mask the fact that they are beholden to the unpopular House leader and fully support the national democratic agenda.
Three vulnerable Democrats from conservative-oriented districts are already running TV ads spotlighting their defiance of Pelosi. One freshman incumbent recently joked about the possibility of Pelosi dying. Another member from a tough district suggested he might run for speaker himself.
The roster of Democrats currently playing six degrees of separation from Pelosi spans the country, from the Northeast to the South and across the Midwest to South Dakota.
Read More
Posted by NJECPAC at 5:00 AM No comments: 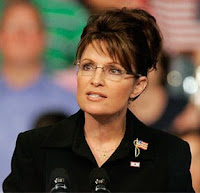 Sarah Palin Blasts Labor Leader, Calls Conservatism a Better Fit for Union Workers
Palin also blasted "card check" legislation as unfair to workers, and even un-American, because of its insistence on stripping workers of their right to privacy with a secret ballot."
"Card check" refers to the Employee Free Choice Act (EFCA). EFCA would eliminate an employers' ability to demand a secret-ballot election during the union-forming process, thereby streamlining the process of union organizing. Other main components of the bill include increased penalties on employers who violate labor laws in trying to dissuade employees from organizing. The bill remains contentious and although dead now is still on Obamas "To Do" list.
Trumka also criticized Palin for referencing "union thugs," a loaded term given the history of labor unions in the United States.
Palin said it was "ironic" that a union boss would accuse her of threatening violence, citing "attempts by SEIU to intimidate those who wanted to make their voices heard in last year's town halls," as well as Trumka's involvement in the 1990's in a union corruption case. Trumka also condoned the cold blooded murder of coal miner Eddie York whose crime according to Trumka was crossing a picket line to work so he can support his family.
By contrast, Palin said, "I was just an ordinary, card-carrying union member, not one of the big shots who ended up, unfortunately, giving unions a bad name." Palin boasted she is "a former card-carrying IBEW sister married to a proud former IBEW and later USW member."

We found this story interesting since in some circles Sarah Palin has become a polarizing figure.
Ask yourself this, if Sarah Palin is really as bad as her critics describe her then why on earth are they so obsessed with worry about her? Or is it fear, because they know she is a political force to be reckoned with?
Posted by NJECPAC at 5:00 AM No comments: