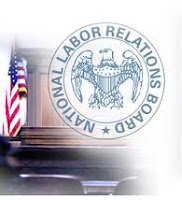 Read Letter Here
As the Republican members note, “Taken together, your actions threaten future economic growth and job creation and reflect an unsavory culture of union favoritism. We demand you cease your bureaucratic activism immediately and restore the objectivity that is essential to the effectiveness and credibility of the General Counsel’s office.” Read More
Follow NJECPAC on Twitter,  Facebook, YouTube, LinkedIn
Explore More at NJECPAC
Posted by NJECPAC at 5:00 AM No comments: 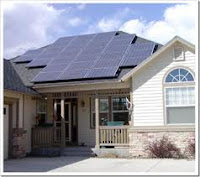 The Philadelphia Inquirer recently reported that Pennsylvania's solar-energy industry is "collapsing under the weight of its own good fortune."  That worries New Jersey Officials that are counting on the growth of Solar Installations to continue to help the state pull out of the lingering recession.
New Jersey Officials continue to introduce and pass renewable energy legislation. The problem is they are not bothering to talk to New Jerseys Electrical Contracting Industry that knows the technology best. The problem is further exacerbated by unlicensed solar companies illegally installing Solar Voltaic Panels throughout the State.
NJ Electrical Contractors with a valid NJ EC License and Business Permit are the only ones that by Law are permitted to install, maintain and repair Solar Voltaic Systems in the State of New Jersey.
Follow NJECPAC on Twitter,  Facebook, YouTube, LinkedIn
Explore More at NJECPAC
Posted by NJECPAC at 5:00 AM No comments: 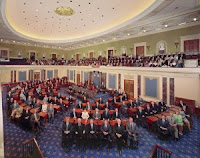 A bill aimed at strengthening protections for Small Businesses against Excessive Federal Regulations was blocked by Senate Democrats. Although a majority of the Senate voted to give small businesses a measure of relief by providing some protection against Federal Regulatory burdens, the legislation fell short of the 60 votes needed to move forward.
The Senate vote was 53-46 for an amendment S474 sponsored by Senator Olympia Snowe, of Maine, that would strengthen the Regulatory Flexibility Act (RFA).
The RFA requires agencies to consider the impact that proposed regulations would have on small businesses. If the impact is economically significant, agencies are required to consider less-burdensome alternatives. Snowe’s amendment would have required agencies to consider not just the direct impact of a regulation, but also the indirect impacts on small firms that do business with companies that are directly affected.
All 47 Republicans and six forward thinking Democrats voted to provide much needed regulatory relief to small businesses. If passed, the bill would have provided business with a measure of confidence to expand their operations without the fear of costly regulations, likely resulting in the creation of more jobs. Read More
Follow NJECPAC on Twitter,  Facebook, YouTube, LinkedIn
Explore More at NJECPAC
Posted by NJECPAC at 5:00 AM No comments: