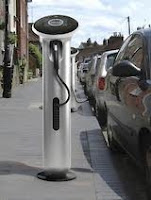 Well at least it was fun while it lasted. The tax-free joyride electric and hybrid-electric vehicle owners have been enjoying while cruising the highways and byways of America may soon be a thing of the past.
A handful of states and the U.S. Government may look at "vehicle miles traveled" (VMT) standards and other fees for plug-in vehicles to make up for the tax revenue not collected via gasoline taxes.
While electric vehicle advocates say it is too early to tax the emergent EV industry, VMT supporters say consumers pumping gasoline into their vehicles shouldn't have to shoulder all of the tax burden for road and highway repair and maintenance. Read More
Join NJECPAC on Twitter,  Facebook, YouTube, LinkedIn
Explore More at NJECPAC
Posted by NJECPAC at 5:00 AM No comments:

A New Law Prohibiting the intentional exclusion of unemployed individuals in advertisements for job vacancies was signed by Governor Chris Christie.
The law, (A3359) which went into effect immediately, prohibits employers from “knowingly or purposefully” publishing, in print or on the Internet, an advertisement for any job vacancy in New Jersey that contains: 1) any provision stating or suggesting that the qualifications for a job include current employment; 2) any provision stating or suggesting that the employer will not consider or review an application for employment submitted by any job applicant currently unemployed; or 3) any provision stating or suggesting that the employer will only consider or review applications for employment submitted by job applicants who are currently employed.
The law does not apply to advertisements requiring that candidates hold current or valid licenses or certifications or hold a current job with that employer. Penalties include $1,000 for a first violation and will increase with subsequent violations.﻿ More
Join NJECPAC on Twitter,  Facebook, YouTube, LinkedIn
Explore More at NJECPAC
Posted by NJECPAC at 5:00 AM No comments:

New Jersey & Solar Not So Perfect Together

The Law applies to all Residential, Commercial, and Institutional, and Industrial installations of Photo Voltaic Panels.
Additionally any person who engages in these activities without a valid Electrical Contractors Business Permit may be charged with a Felony in the State of New Jersey. (151_C.2C21-33 of the New Jersey Statutes)
Read Felony Law Here
Join NJECPAC on Twitter,  Facebook,  Youtube
Explore More at NJECPAC
Posted by NJECPAC at 5:00 AM No comments:

"The Art Of The Deal" Obama Style

Hidden Bailout of Unions and Big Corporations in ObamaCare
﻿
﻿More "Unintended Consequences" from Obamacare.
From the Washington Examiner:
Investigators for the House Energy and Commerce Committee have discovered that a little-known provision in the national health care law has allowed the federal government to pay nearly $2 billion to unions, state public employee systems, and big corporations to subsidize health coverage costs for early retirees. At the current rate of payment the $5 billion appropriated for the program may soon be depleted.
The discovery came on the eve of an oversight hearing focused on the workings the Center for Consumer Information and Insurance Oversight (CCIO), which is part of the Department of Health and Human Services.
Section 1102 of the Affordable Care Act (H.R. 3590), which created something called the Early Retiree Reinsurance Program. The legislation called for the program to spend a total of $5 billion, beginning in June 2010, shortly after Obamacare was passed.
The idea was to subsidize unions, states, and companies that had made unsustainable commitments to provide health insurance for workers who retired between the ages of 55 and 64. UAW has received $206 million while AT&T got $140 million. State public unions also got the bailout with the public retirement systems in Texas and Ohio getting tens of millions of dollars. Read More
Join NJECPAC on Twitter, Facebook, YouTube, LinkedIn
Explore More at NJECPAC
Posted by NJECPAC at 5:00 AM No comments: 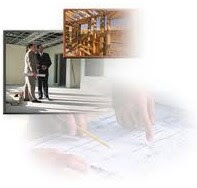 New Taskforce to Push for Repeal of Davis Bacon Act
The Republican Study Committee, has created a Repeal Taskforce that will “work to eliminate U.S. federal laws that inhibit, restrict, or are otherwise harmful to the American public.  The taskforce will focus on laws that are unconstitutional, anti-free-enterprise, or otherwise counter to economic, national security, or social conservatism.”  The taskforce will be lead by Rep. Connie Mack (R-Fla.).
The first target of the taskforce will be the Davis-Bacon Act, which has been shown to increase costs on federal construction projects by an average of 15%.  Davis-Bacon is being targeted "because it makes federally funded or assisted construction projects more expensive for the American taxpayer."  Members of the Repeal Task force will work to: introduce repeal bill either in committee or on the House floor, actively support repeal legislation on and off-the Hill, and promote the bill on their website, the House floor and in the media. Read More