It is truly amazing how House Republicans were forced to cave to Senate Democrat and Obama's Demands to Scrap the full year $1000 Tax Cut already passed by the House, and instead pass the inferior and inadequate 60 day $160 tax cut passed by the Senate instead.

The entire Main Stream Media and just about every Political Pundit condemned Republicans for taking a stance on Principal for the American People, forcing the GOP's hand to settle for less. The Democrats, led by Obama and their Media Lapdogs falsely reported to the American People that if Republicans did not pass the Senate Plan they would be responsible for increasing taxes. What kind of Math is that?

The reality is that the Senate, controlled by Democrats would have been the cause of a tax increase because the House controlled by Republicans passed a 12 month $1000 tax cut and the Senate cut that back to a 60 day $160 tax cut. 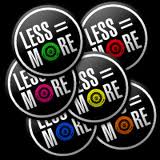 What is worse is the Media is reporting that the Democrats and Obama have won the fight. How can giving less to the American People be viewed as a victory?
It is a sad state of affairs when the Media can successfully create the illusion that a $160 tax cut is more for the American People than a $1000 tax cut. Whats worse is the majority of Americans actually believe they are getting something. How sad is that?
This tax is also being touted as a payroll tax cut which is in itself disingenuous. Most Americans equate payroll taxes with federal tax deductions. This cut is a reduction in the FICA tax deduction which is the only thing that funds Social Security. If they want to give a tax cut then cut the Federal Tax rate by 2% and leave Social Security alone. An extension of this tax cut no matter how long it is can only result in the acceleration of Social Securities path to insolvency.
Not only is this a bad deal for the American People in the face dollar amount alone, it is a far worse deal for Seniors who are absent on the issue.
I would bet anything that if George W Bush or any other Republican President advocated cutting funding to Social Security they would be accused of tossing grandma over the cliff in her wheelchair and we would see TV adds visualizing that very thing, but Obama can do just that and we hear not a word from Seniors. 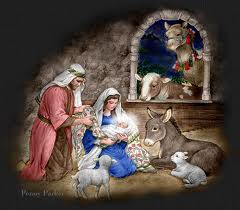 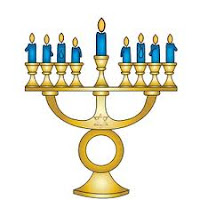 "Wishing You A Prosperous And Profitable New Year"
FROM YOUR NJECPAC

Three former employees of Public Service Electric & Gas are suing PSE&G claiming they were fired for reporting fraud the company committed against ratepayers.
The employees claim that PSE&G wrongfully used 'State Solar Money' for a billboard, funneled efficiency money to cover a mistaken $325,000 payment to UMDNJ and ignored unbilled use of electricity by Newark’s red light cameras, forcing other customers to pay instead.
"The company is aware of these claims brought by former employees, all of whom were discharged for lawful reasons," said a spokesman for parent company PSEG tonight. "These allegations are entirely without merit. The company is ready to vigorously defend its position."

The attorney for the fired workers, Adam Kleinfeldt, said he had emails to back up the lawsuit.
"PSE&G tried to quash opposition and objection to fraudulent practices because of the money it was making off those practices," said Kleinfeldt. "I think my clients were fired for putting it in writing. They were speed bumps." Read More 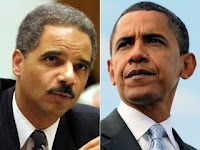 Obama: Forget trying terrorists, I have a campaign to run

The Daily Caller Reports that Obama threw Attorney General Holder's effort to give terrorists civilian trials under his reelection campaign bus last week when his boss, Barack Obama nixed  Holder's efforts to control the prosecution of jihadis terrorists who captured overseas and authorized the release of a terrorist who murdered four captured Americans soldiers.
The Associated Press reported that Obama’s political priorities, were further highlighted when Iraqi officials announced that the terrorist, Ali Musa Daqduq, would face a minor charge of illegal entry into Iraq.
During a Daqduq-masterminded 2007 attack on a joint U.S.-Iraqi building in Karbala, attackers wore U.S uniforms and killed a U.S. soldier prior to kidnapping four more U.S. soldiers. Other U.S. forces chased the fleeing attackers, who abandoned their vehicles after murdering the four American captives.
“The Daqduq case shows exactly why Congress is right to challenge the Obama administration’s misguided terrorism policies and to question Holder’s ability to put the nation’s security before his ideology,” said Law Professor John Yoo. Read More
Follow NJECPAC on Twitter,  Facebook, YouTube, LinkedIn
Explore More at NJECPAC
Posted by NJECPAC at 6:10 AM No comments: