Who Needs Congress When You Can Legislate by Regulation? 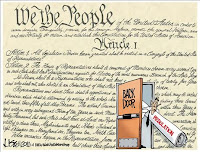 Good legislative policy requires, as we have seen from its absence in the prior Congress, patience and compromise. A party with electoral control over both chambers of Congress and the presidency can probably pass a bill into law, but you rarely can get everything you want if the goal is to maximize a national consensus.
Obama and his Democratic majority claim to have gotten much of their agenda through, but until the president was forced to engage in coalition building in the lame duck session, as a result of the November 2 “shellacking” taken by his party, most of the bills supported only by the far left are under attack by the new Congress and the courts.
Knowing that his free wheeling presidency has come to an end, President Obama and his team are preparing an array of actions using his executive power to advance energy, environmental, fiscal and other domestic policy priorities.” But constitutionalists ask, "what Executive Power to make law"? 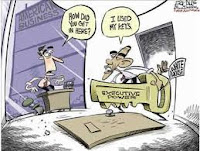 On January 19th OSHA announced that it is withdrawing a proposal to expand the official interpretation of the term "feasible" in relation to occupational noise exposure standards.This is a proposal that NJECPAC has been monitoring since its introduction
OSHA intended to reinterpret the word “feasible” to mean “capable of being done,” meaning that the agency would be able to cite a company for not implementing administrative controls unless the company can demonstrate that implementing such controls would put them out of business or threaten the viability of their business.
In a Dec. 13 letter to Secretary of Labor Hilda Solis, Sens. Olympia Snowe (R-Maine) and Joseph Lieberman (I-Conn.), co-chairs of the Senate Task Force on Manufacturing, expressed concerns that the expanded interpretation would force businesses into making expensive changes that would inhibit job creation. Snowe and Lieberman asked that OSHA consider alternative interpretations and unintended consequences of the proposal in addition to noting the lack of data to back up the proposed change. Read More
OSHA Reform Bill Not Sent to Floor for Vote
Due to the efforts of the small business community to educate Congress about the drastic effects the OSHA reform language included in the mine safety bill would have, House leadership has not sent the bill to the floor for a vote. The Legislation would have added severe criminal penaties for employer violations.
IEC and the Coalition for Workplace Safety (CWS) have continued their work must dispel the myth that employers only engage in workplace safety practices because the government forces them to do it.  IEC and CWS submitted letters citing our specific objections to H.R. 5663 prior to the House Education and Labor Committee hearing on July 13, 2010.  The CWS letter was signed onto by a broad array of employer groups, including groups representing nearly all fields in the construction industry, and all IEC Chapters. Read More
Explore More at NJECPAC 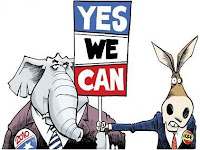 Taking their first major step toward fullfilling the publics 2010 election mandate to roll back the Massive Health Care Law the House voted 245-189 To Repeal H.R.3590. The law dominated the American political landscape for almost two years that resulted in a firestorm at the ballot box in the midterm election. Read More
The House has scheduled another vote for Thursday on a resolution instructing House committees to start working on an alternative health-care overhaul package which may include Federal Association Health Plans
Harry Reid has already said he will not even allow a vote on the bill in the still Democrat controlled Senate. Even if by some chance significant health-care repeal legislation passed both chambers of Congress, Obama wouldn't hesitate to use his veto pen, which would be at his own political peril. Read More 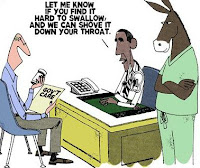 NJECPAC opposed H.R.3590 from the day it was introduced. We knew before the bill was passed that it could only increase Health Care costs. Despite the White House and the Senate and House Democrats claims that the bill would reduce health care costs our insight has been proved to be correct. Despite the overwhelming opposition of the American people, the then Democrat controlled House & Senate flawed belief that the bill would lower costs led to the bills passage.
The country is now starting to see the proof of the insight that our PAC Board of Governors and many others had when taking a position against the bill.  Across the country. Small Businesses including Electrical Contractors are seeing 19% to 48% increases in their health care premiums, which is a direct result of H.R.3590 - Patient Protection and Affordable Care Act.
Explore More at NJECPAC
Posted by NJECPAC at 9:58 AM No comments:

The Federal Deposit Insurance Corporation (FDIC) has created a toll-free hotline and website for owners of small businesses who have questions or concerns about the availability of credit.

"A combination of factors have created issues and challenges for small businesses, but it is turning in terms of credit availability," said FDIC Chairwoman Sheila Bair on Thursday. "I think it is going to get better, and we're working to facilitate that with the dialogue this conference will spark, along with our new hotline and website dedicated to small businesses."
The toll-free number is 1-855-FDIC-BIZ (1-855-334-2249). To complement the new small-business hotline, the FDIC also created a dedicated website.
The site is: www.fdic.gov/smallbusiness
Explore More at NJECPAC
Posted by NJECPAC at 5:00 AM No comments:

On Wednesday, the House will vote on legislation that would fully repeal the detrimental health care law that was put into effect last March under the Obama Administration’s direction. Speaker Boehner is committed to passing full repeal of this bill.

The overhaul of our health care system under President Obama’s health care plan will drive up the national debt and has already led to increased health care premiums for many Americans.  Furthermore, this big government entitlement jeopardizes the health coverage Americans already have and cripples the ability of small businesses to compete.  Our economy is continuing to struggle, and the construction industry is facing the greatest challenges of almost any sector, with unemployment in our industry at a staggering 20.7%.

Write your member of Congress today and tell them to support immediate repeal of the new health care law, the Patient Protection and Affordable Care Act, today!
Please send this This Link to friends, family and co-workers that would share the same position.  TAKE ACTION NOW at ABC Votes
Explore More at NJECPAC
Posted by NJECPAC at 3:35 PM No comments: 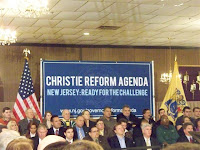 NJECPAC Chairman Joe Coviello and Government Affairs Director Joseph Hovanec were invited to and attended a Town Hall Meeting in Paramus with Governor Chris Christie.
The Governor discussed many topics including the economic state of the State at the moment he took office. If he did not take immediate fiscal action the state would not make its Payroll by mid March, only three months later. As you can imagine the state was in much worse shape than any of us ever knew. 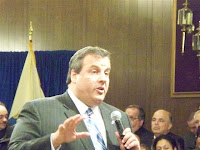 The Governor will be taking on teacher tenure in an effort to move to a merit reward system for good teachers, He will work to rein in  the pension and health insurance costs of public sector unions, that if no action is taken will in itself bankrupt the state. He will soon announce the construction of many new Charter Schools. He spoke on his commitment to Autism, Road and Bridge Construction and his #1 goal is to bring New Jersey out of this fiscal mess and restore pride to the State.
Immediately following the Town Hall Meeting we were interviewed by the Newark Star Ledger and we appeared in the Fox News Channel's report of the event.
Facing huge budget difficulties, Gov. Chris Christie has been showing other states how to survive, by taking on the government-employee unions. Christie's battles with the teachers unions over the past year have crisscrossed the entire country and he has become somewhat of a star on YouTube. Last month, he was able to get the Democrat Controlled Legislature to pass to legislation to limit Arbitration awards for public employee unions to an average 2 percent annual increase.
New Jersey is not alone, other states have begun to take notice, including those controlled by Democrats such as New York, California and Illinois who are all facing fiscal calamities. They find themselves in the position to increasingly follow Governor Christie's example and rein in their Public unions benefit costs.
As Margaret Thatcher famously said, the problem with socialism is that sooner or later "you run out of other people's money." Read More