Congressman John Adler (D) has been called out by the media for dirty campaign tactics. The Democrat Congressman has been called out for trying to get a phony Tea Party candidate on the ballot.
The faux candidate, backed by local Democrats, that include prominent Adler supporters and fundraisers was put up for the express purpose of siphoning votes away from Adler’s challenger, former Philadelphia Eagle Jon Runyan (R).
The Asbury Park Press reports the Tea Party candidate imposter, Peter DeStefano, collected names of dozens of Democrats on a petition, who are all highly unlikely to support a Tea Party candidate. The signatures include those from longtime Adler supporters and fundraisers. The Asbury Park Press criticized Adler for his “weak denial” in having any association with the scandal,

Adler campaign’s tactics may have backfired, The Democrats’ dirty tricks are expected to motivate conservative Republicans to mobilize against Adler's Democrat plant in greater force in Novembers mid term election.
Read More
Posted by NJECPAC at 5:00 AM No comments:

Scathing Congress report slams Obama's 'covert, criminal activity'
Jerome R. Corsi, WorldNetDaily
Rep. Darrell Issa, R-Calif., the ranking Republican on the House Committee on Oversight and Government Reform, issued a scathing staff report charging that the White House has "used the machinery of the Obama campaign to tout the president's agenda through inappropriate and sometimes unlawful public relations and propaganda initiatives."
Read More
Pulling no punches, the Oversight Republican Report accuses the Obama White House of "violating federal law prohibiting the use of appropriated funds for publicity or propaganda purposes."
Advance Pre Publication of Report
Posted by NJECPAC at 5:00 AM No comments:

Your Invited!!! ~ Rally for Truth: The Facts Of Health Care & Free Speech

Rally for Truth: the Facts of Health Care & Free Speech
Tuesday, August 24th, 7:00pm at Front Steps of Montclair Town Hall
You have been invited by Roland Straten to attend this rally to hear Roland Straten along with guest speakers speak the TRUTH regarding the recently health care bill H.R.3590 signed into law.
Roland Straten is a Candidate for election to the House of Representatives in the 8th Congressional District of New Jersey.
Roland is running against incumbent Democrat Congressman Bill Pascrell who voted against the will of the majority of NJ voters by voting Yes for H.R.3590 - Patient Protection and Affordable Care Act
Posted by NJECPAC at 9:18 AM No comments:

"As Yogi said, ‘It’s déjà vu all over again" 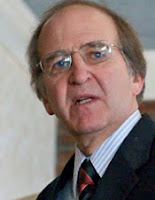 Bill Dressel
League of Municipalities’ Executive Director
The Governor has said, ‘New caps without the toolkit are unworkable. He is right. But now, having reached agreement on unworkable new caps, policy makers will be tempted to declare victory in the ongoing struggle against oppressive, regressive property taxes, just as was done after the 2006 Special Session for Property Tax Reform.
As Yogi said, ‘It’s déjà vu all over again.
Posted by NJECPAC at 8:39 AM No comments: