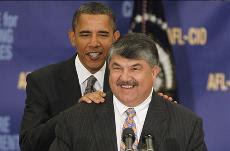 President Obama Again Promised Unions that he would  keep on fighting to pass the controversial “card check” bill.
“We’re going to keep on fighting to pass the Employee Free Choice Act,” Obama told the union......“Getting EFCA through the Senate will be tough. It’s always been tough, it’ll continue to be tough. But we’ll keep on pushing,” he said.
A promise from a politician to “keep on pushing” isn’t exactly inspiring. However, there’s still a lot of concern about what Democrats might do during a lame duck session.
A lot of Democrats have hinted they are going to pass card check legislation during a lame duck session. It would be a mistake to dismiss the possibility of that happening.
Read More

Watch Video
The NJECPAC and our member organizations continue to support the Coalition for a Democratic Workplace in their fight against this egregious legislation, http://www.myprivateballot.com/
If passed, EFCA would strip employees of their right to a private ballot vote in union elections. Click Here To Take Action
Posted by NJECPAC at 5:00 AM No comments:

Rep. Bill Pascrell Jr. said Thursday that Congress will likely have to change the sweeping health insurance overhaul enacted in March “because we didn’t get it right,” even as he slammed the insurance industry for trying to undermine some provisions. “There’ll be changes to this health care reform, some because we didn’t get it right,” Pascrell, D-Paterson, told a friendly group of small business and health reform advocates at a news conference in a Senate hearing room.

NJECPAC would like to ask The Congressman "So if it isnt perfect why did You Vote For It" but the Congresman did not meet with us when we visited his Washington Office in May even though we begain requesting an Appointment with him 3 months prior to our arrival.
Read More
Governor Has Yet To Decide If NJ Will Join Suit Against H.R. 3590
Governor Chris Christie says he has not decided whether to sign on to a 20-state lawsuit challenging the constitutionality of The health-care law H.R.3590 signed in March by Obama.
That makes New Jersey one of seven Republican-led states that have not joined the challenge to the Law. Interest groups on both sides of the debate are lobbying the governor, but some of his advisers say he should not join the suit. Capping property taxes and managing a difficult budget have rightly been his top priorities.
Read More
Posted by NJECPAC at 5:00 AM No comments:

Thanks To Everyone That Supported Our Fund Raiser 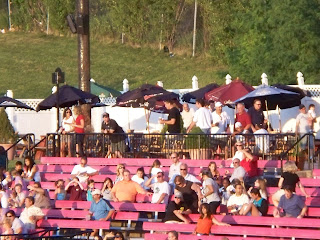 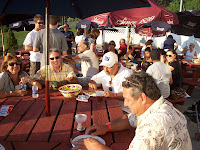 Even though the home team lost the game, Everyone that attended had a great time with plenty of food and drinks to go around.
Fund raising currently the only means that the NJECPAC has to retain your Lobbyist and fund our Legislative Programs and Agenda that in the end help to protect every Electrical Contractor and Small Businesses across New Jersey. 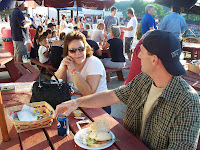 A list of Attendees and final report on the event will be available soon for review.
Please Watch for information on our Fall Fund Raiser and if you can not attend please consider a sponsorship or a donation to our NJECPAC.
Help Us Help You!!
Posted by NJECPAC at 10:42 AM No comments: