The deadline for a signed and balanced State Budget is exactly 20 days away. Democratic leaders in the legislature are rumored to be considering introducing their own budget that would likely include tax hikes. All 120 seats in the State legislature are up for election on November 1st. That makes some wonder why Democrats would want to take ownership of a difficult budget. One political expert thinks it is actually a pretty good strategy.

You see, that type of deliberate action or inaction is typical Party Politics. The Majority does not really care  about taxpayers, if they did they would not have raised taxes 156 times over the two years preceding the Election of Chris Christie as Governor, they only care about holding onto or regaining their power, placing every taxpayer at their mercy. Make no mistake, they will have none.
Every taxpayer should first and foremost make sure they vote on November 1st. Every taxpayer should also make sure that they have their tax bill in hand when they enter the voting booth. If they are happy with the status-quo that the majority in Trenton seem to love, they will vote for them, If they want real change in NJ they will have to decide if the candidate they are thinking of voting for is working to lower the tax bill they are holding in their hand or are they obstructing efforts to lower their tax burden. Once that has been determined their choice should be clear. 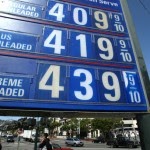 A Congressional Joint Economic Committee reports the Obama administration’s monetary policies have added up to 56.5 cents to the price of every gallon of gas at the pump,
Had the dollar maintained the value it was when Obama took office, gasoline would cost in the area of $3.23 per gallon in New Jersey, instead of the $3.80 average cost it is now, and up to $4.00 per gallon in many parts of the country.
“Analysts and pundits often cite, correctly or incorrectly, the turmoil in the Middle East, a strengthening global economy, or speculation as the causes for the run up in crude oil prices,” the report said. “What is rarely discussed as an important factor in the rise of the dollar price of oil is the role played by the dollar itself.”

Federal Reserve Chairman, Ben Bernanke claims there is little the fed can do about gas prices. His deceitfulness is appalling, although not unlike most others in this Administration, not unexpected.
Bernanke knows that Federal Reserve monetary policy plays a significant role in gasoline prices. Expansionary monetary policy leads to more dollars being available in world currency markets and weakens the dollar. The weaker dollar results in higher import prices. More than half of the oil consumed in the United States comes from foreign producers, and because oil is the main input needed to produce gasoline, higher oil prices mean higher gasoline prices. Read More
Join NJECPAC on Twitter,  Facebook, YouTube, LinkedIn
Explore More at NJECPAC

New Jerseys participation in the job killing RGGI was rushed through the lame duck Democrat-controlled Legislature and signed into law by then-Governor Jon Corzine in January 2008.
The Bill was passed along with a myriad of irresponsible Legislative Bills that continue to raid the pockets of New Jerseys Taxpayers.

The Governors action came after a year-long lobbying efforts of Business Groups that include NJECPAC and New Jersey IEC. Oroho stated. “Today’s announcement is another step in the right direction and will continue to help make New Jersey an attractive place for businesses to locate, grow and create private sector jobs.”  Read More