A Soldier Is Someone Who, At One Point Wrote A Blank Check Made Payable To The For An Amount Up To And Including Their Own Life 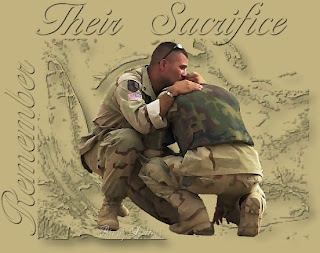 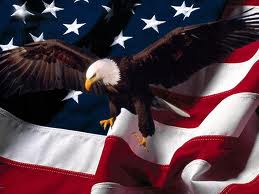 The only unamimous votes in the Senate’s 112th session have been to confirm judges or on honorary resolutions, and on a few amendments, and one bill to make it illegal to publish or copy images taken by the TSA.
There has not been a single unanimous negative vote in the Senate this session.......until now. on Wednesday, the Senate rejected by a 0-97 vote the budget proposed by Barack Obama. Read More
The Senate also voted on the Ryan Budget which fell short by a vote of 40 to 57 Read More
Join NJECPAC on Twitter,  Facebook, YouTube, LinkedIn
Explore More at NJECPAC
Posted by NJECPAC at 9:41 AM No comments:

Email ThisBlogThis!Share to TwitterShare to FacebookShare to Pinterest
Labels: Budget, Obama, US Senate

Union boss Richard Trumka recently threatened to withhold big union $$$$$$$ from Democrats unless they bow to the alter of big labor unions.
Anyone that has paid any attention at all to the fiscal crisis that persists in many states have seen unions rant against Governors across the country that are merely trying to get their states fiscal house in order. The unions claim is States are taking away collective bargaining rights, workers rights and so on.
What is really unfortunate is that union members have no rights whatsoever when it comes to where or how their union spends their hard earned union dues. Who their individual members support politically is of no consequence to big union bosses like Richard Trumka. Read More
Join NJECPAC on Twitter,  Facebook, YouTube, LinkedIn
Explore More at NJECPAC
Posted by NJECPAC at 5:00 AM No comments:

Davis-Bacon Prevailing Wage Determinations Should Be Calculated Fairly
The Davis-Bacon Act requires Contractors on all Federal construction projects to pay their work­ers the prevailing wage in the same locality. The law is intended to ensure that the government's buy­ing power does not drive down construction work­ers' wages.
The Wage and Hour Division (WHD) of the Department of Labor calculates the prevailing construction wage rates in each county in the United States, and federal contractors must pay these rates. However, the WHD uses a survey methodology that is fundamentally flawed, which means that Davis- Bacon rates often bear no relation to market wages.
Many States have adopted their own Davis-Bacon Laws commonly called Baby-Bacons, the majority of which suffer the same unfair and flawed wage determination methodology that plaques the Federal Law. Read Analysis
Posted by NJECPAC at 5:00 AM No comments: