Smart Grid Will Enable Government To Control Your Electricity

Ever since the concept of electrifying the Nation was realized Thomas Edison, Americans have been allowed to plug anything they want into their electric power outlets
The next development in Green energy savings won’t require Legislation. The U.S Department of Energy recently decided they can regulate the electricity powering your appliances. Energy Secretary Steven Chu recently issued five new energy efficiency standards for large appliances, and is reworking expanding the departments reach into ten new categories. Assistant Energy Secretary Cathy Zoi recently said “we have a mandate. Where we can actually just issue regulations and do market transformation.”
Right now engineers are busy working on “Smart Grid” technology. The 2009 American Recovery and Reinvestment Act set aside $11 billion dollars to begin construction of that grid.
Smart Grid sounds harmless enough, but it will intrude directly into our lives. Future appliances will come with smart microchips installed; when you plug them in, they will recognizae the smart grid, and someome else will decide if your appliance will run or not. 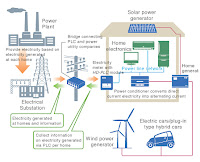 If a bureaucrat in Washington decides that it’s not hot enough for you to put on the air conditioner, your air conditioner will not work. If there is a strain on the grid in a particular neiborhood they can cut back one appliance at a time. They will have the ability to turn off radios, televisions and computers. In the era of electronic information, restricting the freedom of the press is as easy as turning off the light.
The idea is to conserve power, but a Smart Government will be able to use the technology to control every aspect of the electric we use or should I say want to use.
Have an old appliances that still works great? You can forget it. Every appliance that was built before the smart grid will ultimately be denied electricity. In other words, once the “Smart” Grid is fully operational, everything in your house that requires a plug will likely have to be replaced.
There is no question that Air Conditioners in Washington DC and our State and Local Governments will continue to run 24/7 year round. Read More
As for the rest of us...........Can you say Generator?
Technology is great........isnt it?  Explore NJECPAC
Posted by NJECPAC at 5:00 AM No comments:

The President announced the framework of a bipartisan agreement to extend a set of tax rates that were set to expire, once again extend unemployment benefits, and pass additional measures that he expects will help middle-class families and hopes will create jobs.


President Obama's concession to Republicans on extending the Bush tax cuts for the wealthy appears to have sent many of his historically most fervent supporters to new levels of despair. The president's refusal to fight harder against the massive giveaway to people who need it the least has disheartened not only activists, former Obama advisers and members of Congress, but his grassroots. Read More
Now, he's recorded a video to speak directly about the tentative agreement to his base, who are all livid by the notion of any agreement with those evil Republicans

"This agreement, while not perfect, is vital to millions of Americans who are out of work through no fault of their own -- as well as millions of middle-class families, students, parents, and small businesses."
Both Conservatives and Liberals each have their problems with this tentative agreement and only time will tell what is actually passed if anything, and sent to the President for his signature.

We believe that the most important issue to note in this whole debate is that Republicans view money earned by taxpayers belongs to the taxpayers. They also believe that money will have more of an effect on stimulating the economy and is more responsibly spent and by those that have earned it.  Democrats view the money earned by a taxpayer as the governments money and those that earn it can keep only what the government decides to allow them to keep, which is where the major philosophical difference between the parties in this debate lies.
Explore More At NJECPAC
Posted by NJECPAC at 4:00 PM No comments: 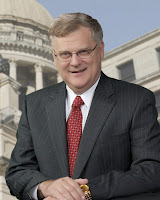 Mississippi Congressman Alan Nunnelee (R) believes the first thing Congress must do when the new Congressional session begins is get control of spending. He also hopes the Republican-led House will pass a bill in the first week to repeal ObamaCare. "This is a piece of legislation that The Wall Street Journal has said is 'the worst piece of...legislation ever.' In 225 years of American history, to label it as 'the worst piece of legislation ever,' says a lot," Nunnelee said.
The lawmaker said he knows pundits will ask whether the Democratic-led Senate will approve repeal, and they will also wonder whether President Obama would sign it into law. However, the Mississippi congressman does not think that is a reason for inaction.

He believes "the Republican-led House ought to go on record early, I think as early as the first week, and say, 'We want to repeal every bit of ObamaCare.'"

After repeal, Nunnelee says the House could then begin discussing real reform that puts the patient in charge. Read More

Meanwhile, a New York doctor has come up with what he calls the "conservative way forward" on health care. Dr. Richard Amerling, a practicing nephrologist and a member of the Association of American Physicians and Surgeons (AAPS), wrote a report this week in which he argues against revising ObamaCare, opting instead for a complete repeal.

"ObamaCare is so massive and complex that to try to pick through it to find something good in it is just not worthwhile, and there's a real risk of leaving behind awful stuff," he suggests.

So Amerling says Congress should consider "common sense, free market" proposals that include transferring to employees the tax breaks employers get for buying health plans. In addition, he argues that people should be allowed to buy coverage from outside of their state to ensure that they get the plan they want at the price they want. Read More
Explore NJECPAC
Posted by NJECPAC at 5:00 AM No comments: 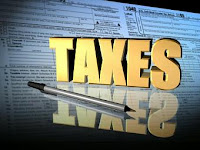 President Obama unveiled a tentative deal to avoid the expiration of the almost decade old Bush Tax Rates at the end of this year.
Of course the deal is not done yet, so it is very tentative and the final outcome is not yet predictible.
The simple fact that extending these rates can only help the economy is simply incomprehensible to Liberal groups and Liberals in Congress who are all bouncing off the walls at the thought of compromise with Republicans. The very same Republicans that were elected in November to get the economy back in order by stopping the runaway spending and extend or make permanent the current tax rates.
Not everything in the Agreement is good. The "framework" of the deal that Obama outlined Monday evening calls for a two-year extension of the cuts in all income tax brackets. It also would extend long-term unemployment benefits through next year, which is something that is not good but necessary to get an agreement.
The estate (death tax) tax rate will be renewed, up from 0% to 35% but that is 20% lower than it would have been otherwise. And the Obama administration is proposing a one-year payroll tax reduction that sources say would cut the amount contributed to Social Security from 6.2 percent to 4.2 percent for one year. Another compromise since Social Security is already in financial trouble and cutting funding paid into it can only make it worse. We suspect that was done so the Administration can blame Republicans when congress is forced to increase payroll taxes on Social Security in the future.
"I have no doubt that everyone will find something in this compromise that they don't like," Obama said, but "we cannot play politics at a time when the American people are looking for us to solve problems." A confusing statement since it means he now believes they can no longer do what he and his party have been doing for the last 2 years. It is doubtful that he believes his own words.
House Republican Leader John Boehner said "It’s encouraging that the White House is now willing to stop all of the job-killing tax hikes scheduled for January 1, We look forward to discussing this proposal with House Republican members and the American people."
Explore More At NJECPAC
Posted by NJECPAC at 9:38 AM No comments:

Pelosi Could Doom Democrats in 2012

It was the dumbest thing the Democratic members of the U.S. House could have done. "It" was making Nancy Pelosi the minority leader of the House, and thus the head of what is now the most liberal congressional delegation in the history of the country. It is already jeopardizing the chances of President Obama and his party to recover from their recent drubbing.
She not only contributed to the shellacking the Democrats suffered she handed out the rollers. She is adding insult to injury by her strong opposition to extending the current tax rates for so-called "wealthy Americans". Those rates are a part of George W. Bush's  tax cut package that was passed nearly a decade ago. Her grandstanding is placing what few moderates she has from her own party in Congress in the line of fire.
Moreover, it puts her at odds with the president. That's not to say he wants to extend these cuts for those who earn over $200,000. Rather, it's to say that, he knows to survive another election, he desperately needs to do so.
The problem is that Pelosi is becoming the left-wing spokesperson and an obstructionist to compromise. This will only hurt her own party and the president. It was Pelosi who was unapologetic for the beating the Democrat Party took in the elections. Now even major media outlets and newspapers are reporting that she is becoming a huge thorn in the side of a president who desperately needs to at least appear more moderate in order to have a prayer of re-election in 2012.
Explore NJECPAC
Posted by NJECPAC at 5:00 AM No comments:

Democrats and Taxes: Another Nail in their Coffins 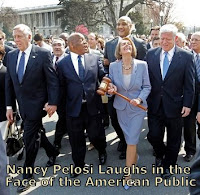 In much the same way Nancy Pelosi pushed through the massively unpopular health care bill despite huge election losses in 2009, she is at it again, this time with a bill to raise taxes on those people who actually create jobs.
The message of the November could not have been clearer: We need to cut spending, reduce the size of government, and return power to the people. On taxes, we certainly should not be raising the rates on anyone when unemployment is still near ten percent. That's a certain job killer, but Nancy Pelosi and Harry Reid are pushing full steam ahead. Read More
Click The Links Below For More On The Largest Tax Increase in U.S History
Reid plans weekend votes on Democratic tax plans
Compromise to head off tax increases takes shape
Explore More at NJECPAC
Posted by NJECPAC at 5:00 AM No comments: