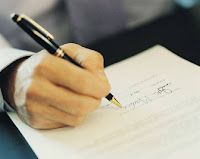 The changes are profound.  The Limited Liability Company Act fundamentally changes the manner in which limited liability companies are organized and managed.

Most significantly, for NJECPAC members, the RULLCA is very different from what is existing now.  There are so many changes we can not cover them all in one post.  The changes will have to analyzed over the next few months. The new law takes effect in March 2013 for newly formed LLCs and in March 2014 for existing LLCs.

The more basic changes include the following:

New Remedies.  The new statute contains a provision that permits a forced sale of an interest in the event of oppressive behavior.  But the statute goes a bit further authority the court to compel sales of interests when necessary in the interests of equity.

Revised Duties Among Members.  Limited liability companies members were free to structure the rights and obligations of the members as they saw fit.  The new law expressly defines the members duties and restricts the ability of the LLC to limit those duties by contract.

The Uniform Limited Liability Company Act has not been widely accepted.  Of the major "commercial states," it has now been adopted only in ,  and . For businesses operating as LLCs, it is a new world with new rules. Learn More Here