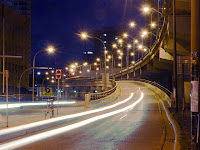 PLA's have been proven to add an additional 30% to the cost of Public and private construction. This is particularly troubling with the limited amount of funding to go around to make the repairs caused by Super Storm Sandy. PLA's will cause a funding shortfall that could leave some areas in ruins or at the very least cause long delays in repairs until an increase in taxpayer funding can be secured.

The Independent Electrical Contractors (IEC) National Association (www.ieci.org) and New Jersey-IEC (www.nj-iec.org) have established a quick and easy way for you to voice your opposition to this Legislation to the Governor. Please personalize the email to your company. For example, where you are located, how many employees, how long you have been in business, etc.

Special thanks to IEC VP of Government Affairs Alexis Moch for facilitating this easy way for anyone to make their voice heard.

The Coalition for a Democratic Workplace has issued the following statement on behalf of Chairman Geoffrey Burr in response to reports that President Obama will add nominations that would create a National Labor Relations Board that includes Mark Pearce, Richard Griffin, Sharon Block:
“Today, the President failed workers and employers alike with his insincere proposal to reconstitute the National Labor Relations Board, an important workplace-related federal agency. If the President actually was serious about establishing a functioning NLRB for workers and employers, he would not have nominated Richard Griffin and Sharon Block, who accepted unconstitutional appointments and then chose to remain in those illegal appointments after a federal court vacated their tenure. Ms. Block and Mr. Griffin’s actions have caused unnecessary uncertainty in labor relations and our economy and, as a result, they are not suitable candidates. Read More
Make Your Voice Heard, Write Your Legislators Here

The Coalition for a Democratic Workplace is a coalition of workers, employers, associations and organizations who are fighting to protect the right to a federally supervised private ballot when workers are deciding whether or not to join a union. We are opposed to the so-called Employee Free Choice Act because it would strip Americans of that right and replace it with a system where your vote is no longer private, and it is made public to your employer, the union organizers and your co-workers.
More recently, appointees on the National Labor Relations Board have pushed Big Labor’s agenda to enact key portions of EFCA and EFCA-lite replacements through executive action and regulation. The aim of these efforts is to decrease the ability for employers to speak to employees, to decrease the ability of employees to access information from both sides and make an informed choice, and thereby increase the number of dues-paying union members.
Follow NJECPAC on Twitter ~ Facebook ~ YouTube ~ LinkedIn
Explore More at NJECPAC ~ Visit IECVotes.com

Posted by NJECPAC at 2:00 PM No comments: