Senate Republican Leader Tom Kean appeared on Comcast Local Edition to discuss efforts to create jobs and address New Jersey’s high rate of unemployment, and to talk about ways that we can make the state a competitive destination for new and relocating businesses.

He noted the joint efforts of the Legislature and Lt. Governor Kim Guadagno, through the newly established Red Tape Review Commission, to identify burdensome and unnecessary state regulations that could quickly be eliminated.

Senator Kean also discussed the importance of lowering New Jersey’s highest in the nation tax burden to make us competitive with other states, and efforts to consolidate the state’s fragmented business support programs to make them easier to locate, navigate, and take advatage of.

Click Here to Watch Video
Posted by NJECPAC at 1:30 PM No comments:

NJECPAC NIGHT AT THE RACES FUNDRAISER

MARCH 25TH 2010
MEADOWLANDS RACE TRACK
NJECPAC Board of Governors and all Sponsoring Associations would like to take this opportunity to thank all our Sponsors, Attendees and Donors for your continued support of our efforts. Every one of you represent the true Leaders of the Electrical Industry and Small Businesses across NJ. It is through your generosity and leadership that we are able to continue to represent Small Business in Trenton
GA Director Joe Hovanec & PAC Chair Joe Coviello 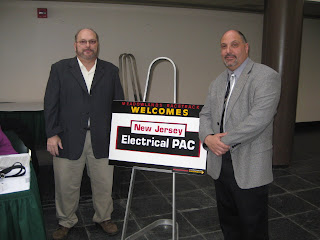 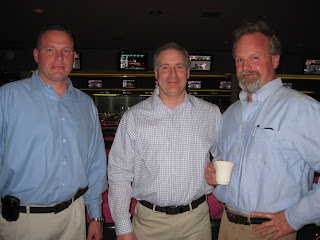 Tim Balke, Joe Scaglione & Casey Hoff
A Great Time Was Had by All 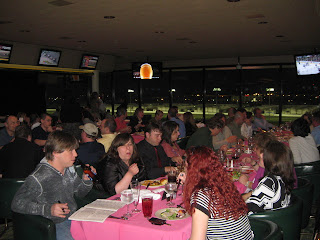 President Barack Obama appointed two Democrat nominees - Craig Becker and Mark Pearce---to the National Labor Relations Board (NLRB). The Board now has 4 of its five members seated; 3 Democrats and 1 Republican.
Becker’s nomination received bi-partisan opposition during a floor vote in February, when the Senate was unable to move forward with his confirmation. The president has the authority to appoint nominees, without approval, during a congressional recess. The lone Republican nominee, Brian Hayes, did not receive a recess appointment from the president.
Read More
Click Here For CBS "Face The Nation" Video
Posted by NJECPAC at 5:33 PM No comments:

Bring Businesses Back to New Jersey

Bring Businesses Back to New Jersey: A Vital Part of the Blue Print for Change
By Kim Guadagno


On Tuesday, Governor Christie outlined a strategy to rescue New Jersey from the worst economic crisis since the Great Depression. Like other states, we were not immune to the effects of the national recession; however, our problems have been exacerbated by years of profligate spending, irresponsible borrowing, and failure to implement reforms. The result has been an unfavorable business climate that has driven jobs and growth from New Jersey.
To Read More Click Here
Posted by NJECPAC at 6:56 AM No comments:

One of President Obama's Saturday recess appointments to the National Labor Relations Board quickly triggered intense opposition from Business Groups and Republicans, who called the appointee a radical who represents a White House gift to labor unions.
Trade & Business Organizations objections to Obama’s appointment of Craig Becker to serve on the NLRB stems from his history of anti-employer, pro-union views which are not in line with the supposedly non-partisan make up of the influential NLRB.
Mr. Becker has written that he believes that employers should be completely barred from not only participating in the election process, but also from questioning who is in the bargaining unit (i.e. supervisors) and all worksite discussions of an election with employees. Mr. Becker has even gone so far as saying that union representation should be mandatory and that the only choice afforded to workers should be given is which union to join.
To Read More Click Here
US Chamber of Commerce Statement On Beckers Appointment Click Here
View Letter From Business Organizations to Obama
Posted by NJECPAC at 9:46 AM No comments: