Making New Jersey A Home For Growth
By Kim Guadagno
New Jersey businesses – both large and small – are facing daunting obstacles during the current economic climate that has slowed down, and in many cases stopped their ability to create jobs and grow.
Today, the reforms the Governor has proposed are taking shape in the New Jersey Partnership for Action. The Partnership is the centerpiece of our Administration’s economic development agenda. It will serve as the starting point for all our initiatives, policies and efforts related to growing New Jersey’s economy and creating quality, sustainable jobs.
New Jersey job creators will now have a partner in Trenton, working to attract new businesses and helping existing businesses thrive.
Read More
Posted by NJECPAC at 5:00 AM No comments: 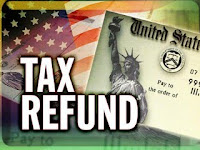 As a result of the economic downturn, many businesses generated net operating losses (“NOLs”) for federal income tax purposes for their 2008 and 2009 taxable years.
The Worker, Homeownership, and Business Assistance Act (“WHBAA”), enacted in November 2009, expanded the ability of taxpayers to carry back these NOLs to offset income from prior tax years.
Many taxpayers will be able to take advantage of this legislation to obtain tax refunds.
Read More
Posted by NJECPAC at 5:00 AM No comments:

On March 21st, HR 3590, the Patient Protection and Affordable Care Act, passed the House 219-212.
Voting yes were 219 Democrats and 0 Republicans.
Voting no were 34 Democrats and 178 Republicans.
The Majority of Americans including NJ's Voters overwhelmingly oppose HR 3590, believing that reform is needed but HR 3590 is not the solution to reduce or even slow rising health care costs. Dispite the publics overwhelming opposition the Bill was passed, in effect ignoring the will of the people.
What was never considered in the debate or included in the legislation is the fact that Insurance companies are merely the vehicle through which medical bills are paid. Insurance Companies set their premiums based upon charges by the hospitals, doctors, and drug companies. For any real cost savings in the cost of Insurance Premiums those costs must be contained. HR 3590 does nothing to contain those costs.
What was also ignored is Association Health Plans which have been proven to reduce insurance premiums in New Jersey by up to 50%. Association Health Plan Legislation was on the table throughout the Bush Administration and although passed by the House was repeatedly blocked by Democrats in the Senate. Now that we have a new President we are expected to believe that suddenly health care reform is an emergency after being blocked for 8 years by Senate Democrats under President George W Bush.
The following are the Votes cast for HR 3590 by our NJ Congressial Delegation.
House Democrats:
Adler, NO /  Andrews, YES / Holt, YES / Pallone, YES / Pascrell, YES / Payne, YES /  Rothman, YES / Sires, YES.
House Republicans:
Frelinghuysen. NO / Garrett, NO / Lance, NO / LoBiondo, NO / Smith, NO.
Senate Democrats:  Lautenberg, YES  /  Menendez, YES.
Posted by NJECPAC at 5:00 AM No comments:

Your Government Affairs Committee Working For You 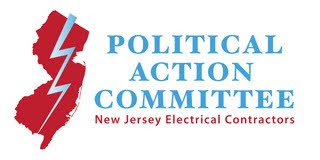 The NJECPAC is currently Tracking 127 Legislative Bills including resolutions introduced in the NJ Assembly and or NJ Senate or both. NJECPAC also seek sponsors for new Legislative initiatives that if passed would help Electrical Contractors, Small Business and ultimately the Taxpayers of New Jersey.
The NJECPAC also tracks Federal Legislation through a partnership with NJ-IEC and NJ-ABC who provide details and materials surrounding Federal Legislation that are not otherwise available to the Government Affairs Committee.
Members of NJ-IEC are in Washington, DC  this week visiting New Jersey Congressmen and New Jersey Senators Offices speaking with them about concerns that we all have as Electrical Contractors and Small Businessmen in New Jersey and the Nation. From June 15th through June 17th the NJ-ABC members will be do the same.
Please take the time to view the List of Legislative Bills the Government Affairs Committee is tracking. Please provide your comments concerning any Legislation via email or phone message directly to the NJECPAC.

Health care is a huge and growing sector of the U.S. economy. Roughly 16 percent of the gross domestic product, $2.1 trillion is spent on health care.
In addition, government is responsible for approximately 50 cents out of every dollar spent on health care because of the huge and rapidly growing government health care programs: Medicare, Medicaid, SCHIP, and state and public health care programs. Government financing means government control, and government control means less personal freedom.
The recently passed health care overhaul will also hurt small-business growth by increasing premium costs and raising taxes on investment income, argues John Ligon of The Heritage Foundation. In addition, tax credits in the bill are ineffective and inadequate to offset added costs, and there are increased costs to small business just to comply with the new law.
Read More
Posted by NJECPAC at 5:00 AM No comments:

S-1854 Will Prevent $1 Billion Business Tax Increase
Senator Joe Pennacchio, a member of the Senate Budget and Appropriations Committee, asked Senate President Sweeney to post legislation, S-1854, which would reform the state UI Fund to prevent a $ 1 billion tax increase that will take effect July 1, 2010. The bill and the letter are attached.
“There is great interest in both the Executive Branch and the Legislature in avoiding a $1 billion tax increase that will stop the frail economic recovery dead in its tracks,” Pennacchio stated.
Read More
Posted by NJECPAC at 5:00 AM No comments: