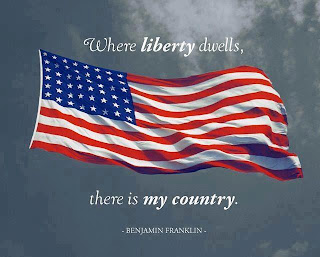 Our Lives, Our Fortunes, and Our Sacred Honor
Two hundred thirty seven years ago, our forefathers sat in a hot room with closed windows arguing over the future of the thirteen colonies they represented. For a while they had thought of reconciliation with their motherland. But over time it became clear that neither King nor Parliament were interested in anything other than submission.
These fifty-six men did what had not been done before them.
They outlined their grievances on paper, declared their independence, and signed their names so both King and Parliament would know who the traitors were. The act was treason punishable by death. Some of them did die. Some were bankrupted. Many lost their homes and property. Some saw their wives and children taken and abused. But none recanted. All held firm.
237 years later we view the unanimous Declaration of the thirteen united States of America in the abstract. The grievances are distant if not surreal. But it was very real to them.
The United States of America today stands 69 years removed from D-Day.
D-Day was 79 years from the end of the Civil War, and 81 years removed from Gettysburg, which we are now 150 years separated from in time and history.
The beginning of the Civil War was 85 years from 1776 and only 72 years from the constitution being enacted.
The Revolution was only 88 years from the Glorious Revolution — a revolution from which we are separated by a chasm of 325 years.
It was the Glorious Revolution that so influenced our founders. It was not abstract to them. It was not far removed. It was an event in the lifetimes of some of their grand parents. Parliament’s supremacy was asserted. The British subjects became citizens and acquired certain rights under the Bill of Rights of 1689 while others from the Magna Carta were reinforced. Among the rights derived from the Glorious Revolution were prohibitions on taxation without representation in Parliament, prohibitions on a standing army, the right to petition the King without prosecution, the prohibition on dispensing with Acts of Parliament, and the prohibition of fines and forfeitures before convictions of crimes.
Have a wonderful Independence Day. Click Here For The Rest Of The Post