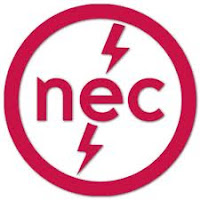 IEC has two members seated on each of the 19 NEC Code Making Panels to represent the interest of electrical contractors. This year, IEC representatives, under the direction of Terry Cole, Chairman of the IEC National Codes and Standards Committee, have attended meetings and are holding conference calls in preparation of the 2014 NEC.

One important issue this year is a proposal to change all references in the NEC from 600 volts to 1,000 volts. IEC is concerned this change will require increasing the spacing in electrical products, meaning electrical products may become larger and more expensive. In addition, this may necessitate changes to installation procedures as well as additional safety training and protective equipment for electrical workers. IEC is opposed to increasing the voltage from 600 to 1,000 volts until we have had more time to understand all of the ramifications of the proposed change.

The NEC Code Making Panels convene in , November 28 to December 8, 2012, where all panel members will consider the merits of changes submitted for the 2014 NEC.

To review all NEC proposals for the 2014 NEC, ClickHere. 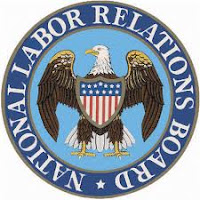 Late in 2010, the Acting General Counsel announced his intent to pursue additional remedies against employers alleged to have violated the NLRA.  The recent decision in OS Transport LLC, 358 N.L.R.B. No. 117 (Aug. 31, 2012), is a good example of the NLRB's acceptance and enforcement of these remedial requests.


In OS Transport, the AGC alleged that the employer violated the NLRA by threatening employees engaged in union organizing activity.  The employer was also alleged to have discharged union supporters, and discriminated against union supporters in connection with work assignments.
Finding various violations of the NLRA, the NLRB affirmed some of the additional remedies that were ordered to address those violations.  For example, and consistent with the AGC's 2010 memorandum, the ALJ ordered the employer to read the NLRB's remedial notice aloud to the employees.  The ALJ also ordered the employer to supply the union with a list of employee names and addresses.  The NLRB found that these remedies were appropriate because:
For the labor professional, the decision helps better inform the circumstances under which the NLRB will enforce the additional remedies the AGC outlined in his 2010 memorandum.  It also underscores the importance, as this blog has previously recognized, of careful planning and execution of the employer's response to a union organizing drive. Read More Here
Follow NJECPAC on Twitter,  Facebook, YouTube, LinkedIn
Explore More at NJECPAC

IEC Supports Extension of 179D Tax Credit
The Independent Electrical Contractors, the National Electrical Contractors Association (NECA), and dozens of other construction and real estate groups have signed a letter in support of Senate Bill 3591, the Commercial Building Modernization Act (CBMA), which extends and enhances the tax deduction at Section 179D of the Internal Revenue Code for energy efficient commercial and multifamily buildings. Buildings use more energy than any other sector of the economy and consume more than 70 percent of electricity in the country.

179D was one of several key tax incentives enacted over the last several years focused on encouraging businesses to incorporate energy efficiency into their operational plans. 179D in particular relates to the design and construction of energy-efficient commercial building property. Intended to offset some of the costs of qualifying energy-efficient improvements to commercial buildings, the deduction allows building owners to take an immediate expense for the cost of property that would normally be recovered through depreciation. To qualify, energy-efficient improvements must reduce total annual energy and power costs with respect to the interior lighting, heating, cooling, ventilation, and hot water systems by 50 percent. Partial deductions are allowed.

179D expires at the end of 2013, but work on extending and improving this important deduction has already begun. Specifically, the CBMA improves Section 179D's effectiveness by making the tax incentive useable for a broader range of building owners, such as those owned by real estate investment trusts and certain LLPs. It also makes the incentive "performance based" and "technology neutral" mean that the greater the energy savings, the greater the deduction, and the incentive applies to projects not products, so owners and their contractors can decide among the best suite of efficiency measures that will achieve optimal energy performance in their assets rather than specifying particular equipment or products.
Learn more at www.ieci.org